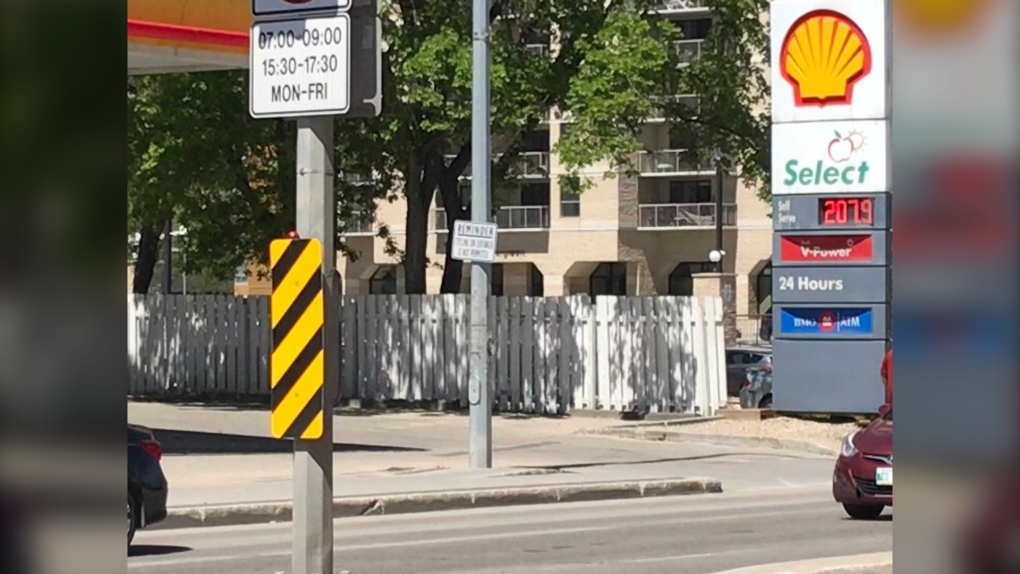 Fuel prices broke the $2 per litre mark at some Winnipeg gas stations Monday, on the same day a new poll found many people are struggling to buy food amid rising inflation.

The results reflect the need in Manitoba, according to Harvest Manitoba CEO Vince Barletta.

A total of 4,009 Canadians responded to automated telephone interviews in February and March of this year for the Food Banks Canada poll.

One-in-five Canadians said they went hungry at least once due to not having enough money for food between March 2020 and March 2022.

“Inflation, we’ve seen now at levels that haven’t been seen for the last 4 decades,” Barletta said. “Whether it’s gas or food or any other commodity we buy it is squeezing Manitoba families.”

One-in-three respondents who earn less than $50,000 a year reported not having enough money for food during the same period.

Forty-three per cent of those respondents identified as Indigenous.

Twenty-three per cent of Canadians reported eating less than they should because there’s not enough money for food.

Winnipeg food services worker Kara Black said she relies on Harvest Manitoba for hampers, while also volunteering with the organization when she’s not at work.

Black said she gets a hamper once a month to help her put food on the table.

She’s been using the food bank for several years and now sees more people relying on it.

“Before it was small but now people need more food because of when the pandemic started plus now because of the food hike,” Black said.

With prices rising above the $2 per litre mark at some Winnipeg gas stations, drivers are also feeling the pinch. Even those with fuel-efficient vehicles.

“My other car’s a hybrid so it’s really good and this one’s a little four-cylinder, but it’s ridiculous to be this high,” said Marc Goldstine, who was filling up a Hyundai Elantra.

Goldstine filled up his tank for $1.94 a litre but the soaring price of fuel and food means no big road trips this summer and cutting back on more expensive foods.

“That I really notice,” Goldstine said. “When we go to the store, everything is jacked right up.”

“We change our eating habits a little. Not a lot of meat anymore and buy a lot of stuff on sale.”

Food Banks Canada said a majority of food banks are already stretched thin and the need is expected to remain high throughout the summer months.

Harvest Manitoba said its costs are rising at the same time Manitobans need more support and will be relying on the ongoing generosity of donors so it can continue to meet record demand.

Barletta said while Harvest Manitoba expects to sustain the services it provides, more volunteers could always be used to help families in need.