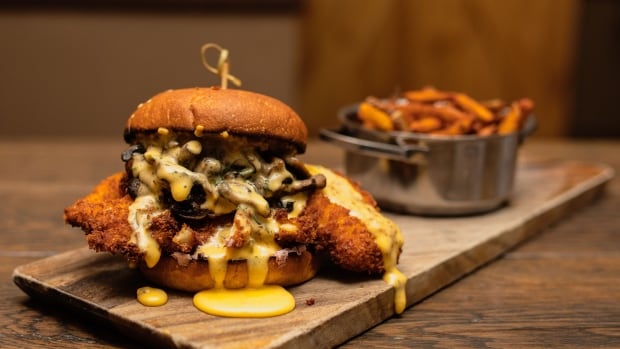 Fried Chicken Fest ran from Jan.16-23, and though they were only available for delivery or takeout, this year’s menu options were more bountiful than ever before, with dishes like the Cheat Day Sandwich or the Twice Fried Mother Clucker.

“It was phenomenal — like, we were really busy, busier than we ever have been, almost three times busier than the previous year,” said Promenade Café and Wine owner Shawn Brandson.

The week-long event, which began in 2018, showcases creations from dozens of Winnipeg restaurants and encourages fried chicken lovers to try as many dishes as they can, then vote for their favourite.

This year, Fried Chicken Fest orders, like this confit taquito, were all done through curbside pickup or delivery, since restaurant dining rooms remain closed due to pandemic restrictions. (Jennifer Fortier)

Brandson says his St. Boniface restaurant went from doing a handful of orders a day to filling hundreds of orders throughout the week.

“It was a great influx of sales, kept people busy, sold a lot of local product foods. It was fantastic.”

The restaurant has been offering either ready-to-eat curbside pickup or frozen pre-made meals by home delivery.

Promenade had two fried chicken-themed offerings in the festival — the What the Schnitzel sandwich and the Chicken Confit Taquito.

“The first day was incredibly busy. We sold out because we were expecting [levels closer to] last year and the previous year, and it just really caught on this year. People really wanted to come out and support local restaurants,” said Brandson. 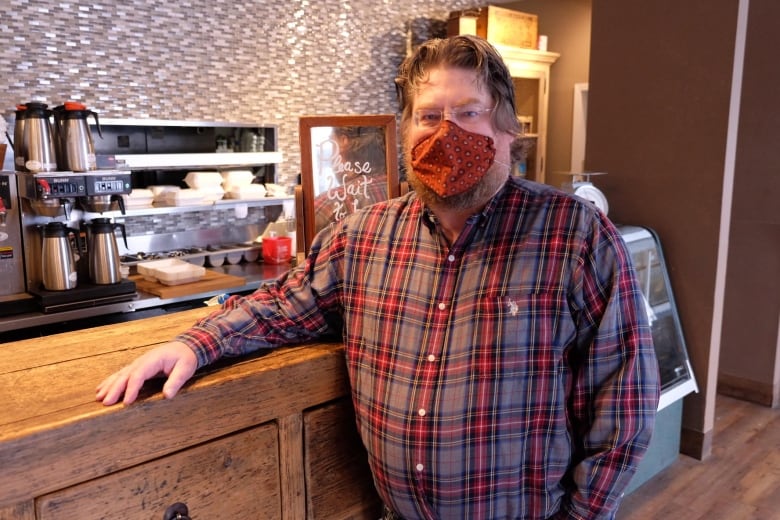 Promenade Café and Wine owner Shawn Brandson said he went from filling a handful of orders per day to hundreds during the festival. (Holly Caruk/CBC)

“The schnitzel dish is supporting seven local producers, so we used Granny’s local chicken, it had Smak Dab mustard, it had a Béarnaise sauce which is made with Notre Dame Creamery butter, and Vita eggs, [and] it had a Belle Baguette potato bun,” he said.

“We felt at this time it was important to support local producers. They’re suffering along with restaurants.”

Peter Truong, co-owner of Kyu Foods Inc., said business was up by 50 per cent over the week at their four Winnipeg locations: Kyu Bistro, Kyu Bochi, Kyu Grill and Kyu Snackbox.

“Some days were overwhelming,” said Truong. 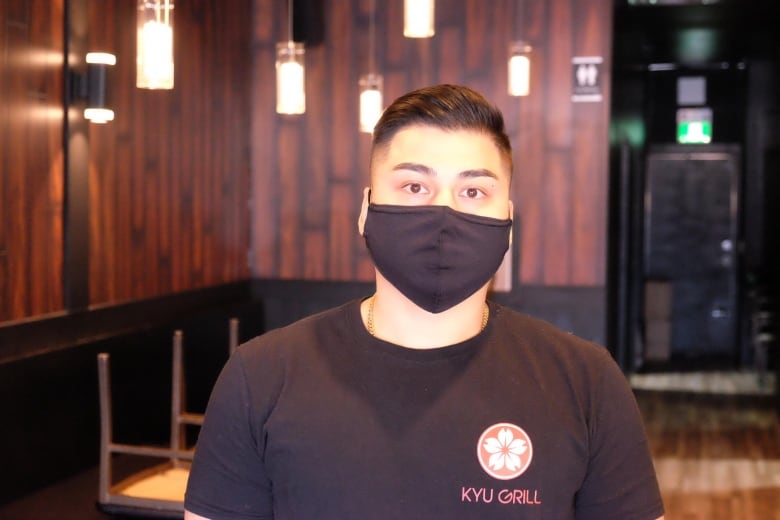 The event, which lets chefs get creative with new menu options, comes at a particularly welcome time, Truong says.

“It is the slowest time of year typically for restaurants — without the pandemic even, so it really helped,” he said.

Each of Kyu’s restaurants offered up a different chicken dish, and Truong said most customers also ordered something from their regular menus as well.

“[For] lots of new customers … that dish stood out to them, and they do come back and become returning customers,” said Truong. 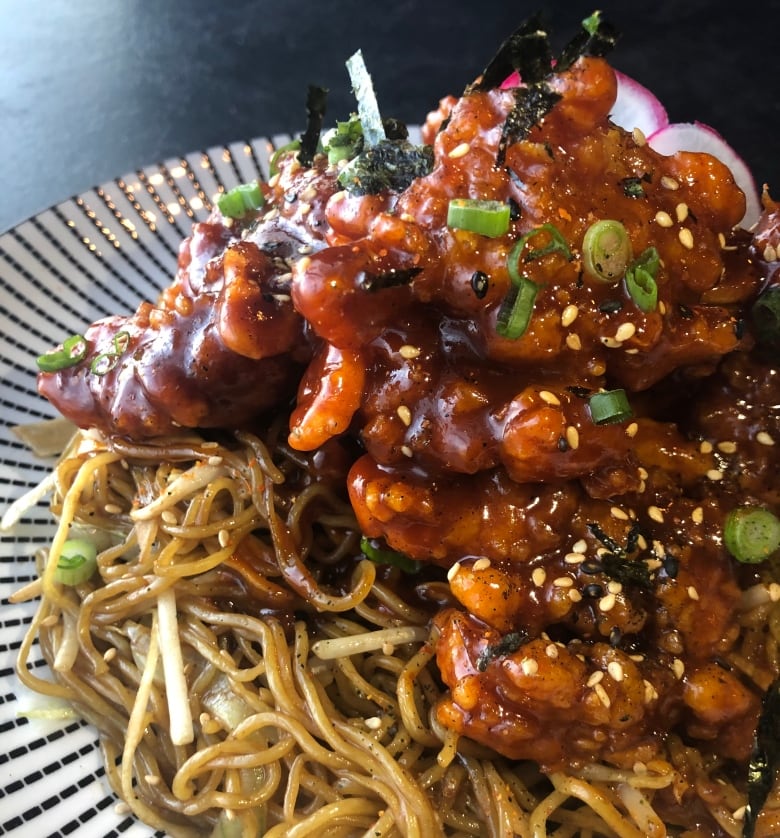 Chicken Fest co-founder Susie Erjavec Parker said she wasn’t sure the event would even go ahead this year, given the effect of pandemic restrictions on restaurants, but she said participants were ready and willing.

“The response was incredible … not just from the restaurants — we saw a major increase in sign-ups, almost double what we had last year — but from the public, from people who love fried chicken and who were looking to support Manitoba restaurants,” she said. 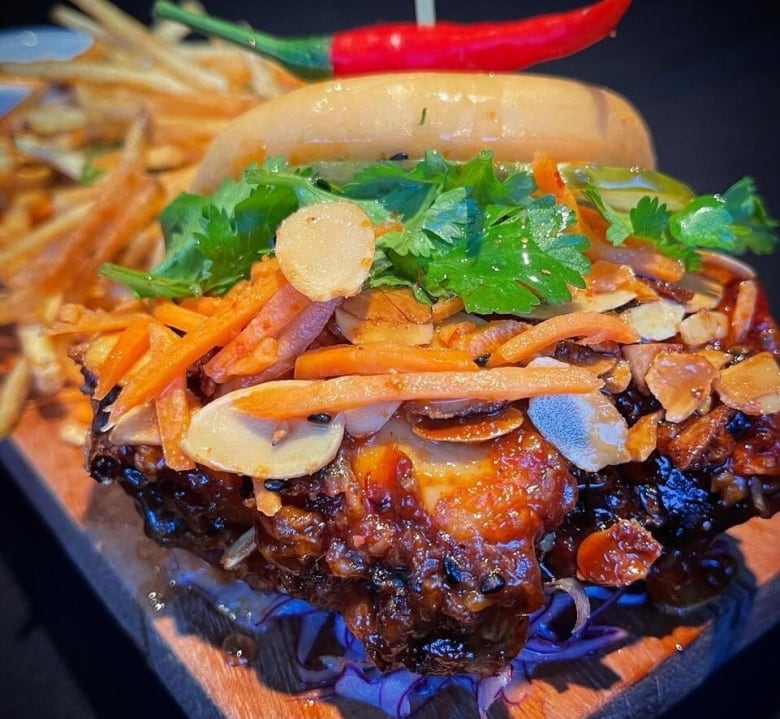 Many restaurants told her they were busier than they had been in weeks, Erjavec Parker said, with at least one restaurant rehiring staff for the week to keep up.

She estimates the event put about a million dollars into the local economy, given the number of restaurants that took part.

Over the course of the week, the Fried Chicken Fest website got about 150,000 hits and nearly 20,000 votes were cast, Parker said.

“It’s … one of those things that is just fun,” Erjavec Parker said. “It’s not meant to be cut-throat or competitive, especially this year — it was all about collaboration and community and helping out an industry as a whole.”

Even though Fried Chicken Week has wrapped and business will go back to normal — whatever that is during a  pandemic — Brandson say events like this help keep restaurants like his going.

“We’re going to have a slower week this next week, but we’re getting ready for Poutine Week,” which runs in Winnipeg from Feb 1-7, he said.

Brandson is also preparing for Festival du Voyageur events later in February, which will include some French-Canadian-themed take-out dinner offerings.