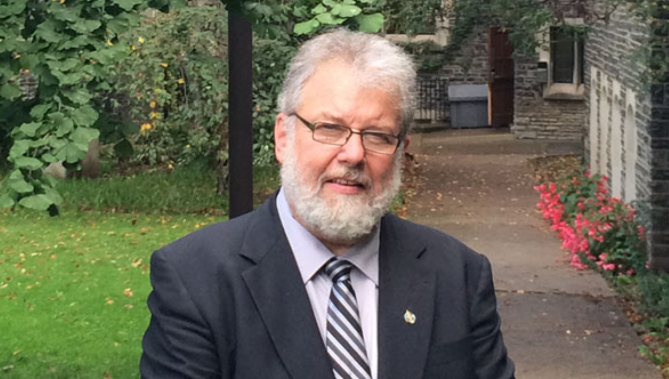 Blaikie’s son Daniel tweeted about his father’s passing, saying, “It is difficult to express in words our grief, as well as our gratitude for all the love, wisdom, and fun he shared with us over the years.”

Earlier today, William Alexander (Bill) Blaikie passed away at home in the presence of his loving wife Brenda.

It is difficult to express in words our grief, as well as our gratitude for all the love, wisdom and fun he shared with us over the years. pic.twitter.com/GoFAC54z10

“Street-side pipers, food, flowers and especially stories of how Bill inspired and entertained people over the years were a comfort to him and us in his final days,” said Daniel.

A full obituary and funeral details will follow in the days ahead said the Blaikie family.

Blaikie revealed his terminal status on Facebook on Wednesday and his family said they’re thankful for the support the longtime member of the NDP has received from his political colleagues and the community at large.

“We have been grateful for the many messages flooding in from around the country. We appreciate the well wishes and stories of how Bill’s contributions to the democratic socialist movement in Canada have inspired others in their own work,” the family wrote.

“We offer our thanks to the dedicated team of health professionals who are supporting Bill and our family as we surround him with love during his last trial.

“This is a difficult time for our family. We appreciate respect for our privacy as we say our goodbyes.”

Blaikie represented Elmwood-Transcona (and earlier ridings in the same area) as a member of Parliament from 1979 to 2008.

He also served in the provincial legislature as MLA for Elmwood from 2009 until his retirement from politics in 2011.

Daniel currently represents the Elmwood-Transcona riding for the NDP in the House of Commons. He was first elected to his father’s former position in the 2015 federal election.

Rebecca Blaikie, Bill’s daughter, has also been active in New Democrat politics, serving as the federal party’s president from 2011 to 2016.

With files from Global’s Sam Thompson