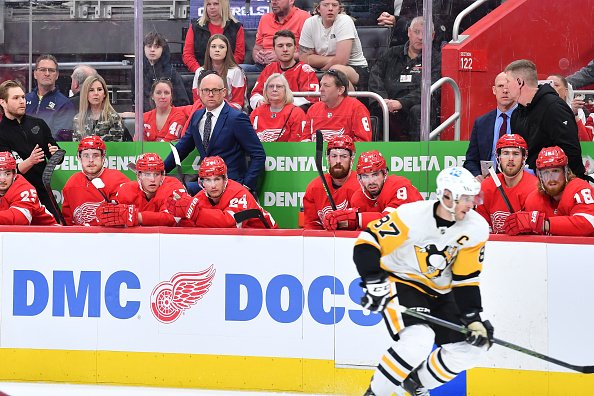 It’s Saturday, and that means that we have another edition of NHL rumours. To start off your weekend, we have the Florida Panthers and Ottawa Senators possibly making some head coaching changes, and some Mark Scheifele trade destinations.

All NHL rumours come from the original source and are subject to change.

Rumour: Elliote Friedman Speculated on the 32 Thoughts Podcast that if the Florida Panthers were to make a change at head coach, Jeff Blashill would be their top candidate.

Analysis: Considering that Florida has made it the farthest they have ever been since the 1996 Stanley Cup Finals run, it’s surprising that they would even make a change at head coach. Although, considering that they ran out of gas in the second round, it makes sense that they want someone more experienced in the head coaching role.

Andrew Brunette played in the NHL from 1996 until 2012, suiting up for several teams, including the Atlanta Thrashers, and Minnesota Wild. He notched 733 points in 1110 games. Brunette spent time as an assistant on the Wild, before being hired as the assistant coach in Florida. He was named interim head coach after the resignation of Joel Quenneville.

If they do make a run at a new head coach, it’s surprising that they are considering Blashill considering his reputation after his firing from the head coaching job in Detroit. If the Panthers see him as a good candidate over a young Brunette, then they can totally make that switch. The test however, would see how the team adjusts under him.

Although, Brunette is one of several recently retired NHL players to successfully make the jump over to an NHL head coaching role. He joins Sheldon Keefe, Martin St. Louis, Rod Brind’Amour, Dallas Eakins, and Brad Larsen, another former Atlanta Thrasher.

Rumour: Ian Mendes writes in the Athletic’s Mailbag that the Ottawa Senators could move on from DJ Smith and bring in Bruce Cassidy.

Analysis: This may not be the smartest idea for the Senators to do. Yes, Cassidy has guided the Bruins to an impressive record overall, which includes the 2019 cup finals run. However, it still doesn’t make sense that a rebuilding team would pull the trigger on a well liked coach just yet. The young core seems to like and respect him, making significant strides of improvement under him. He also just signed an extension in 2021, so it wouldn’t make sense to fire him so soon after extending him.

Smith seems to fair well with a younger group, coaching the 2015 Oshawa Generals to the Memorial Cup. Although just a memorial cup alone isn’t enough to get a head coaching job as we have seen previously, he has spent time already as an assistant with the Maple Leafs.

Rumour: Murat Ates writes in The Athletic that there are five potential candidates for Jets forward Mark Scheifele.

Analysis: The candidates listed so far are the Boston Bruins, San Jose Sharks, Pittsburgh Penguins, Philadelphia Flyers, and the Ottawa Senators. With Those listed, it all makes sense why they would want Scheifele. He is a solid offensive centre, who can easily fit into a top six spot, or even in the permanent number one role. The only downside is that his defensive skill lacks a little bit. What’s interesting is that he is taking a slow, more of a ‘wait and see’ approach with his trade request, which makes a little bit of sense considering that he isn’t in a contract year for another two years.

His cap hit though would be a major problem, as he is making $6.125 million for the next few years, which can be a tough pill to swallow for trade candidates. He carries major offensive upside as mentioned earlier, but is it enough to warrant trading for his somewhat large cap hit? he’s currently in the prime of his career, and he has expressed that he wants to do what’s best for his career, which suggests getting a larger role on a new club, and a Stanley Cup.