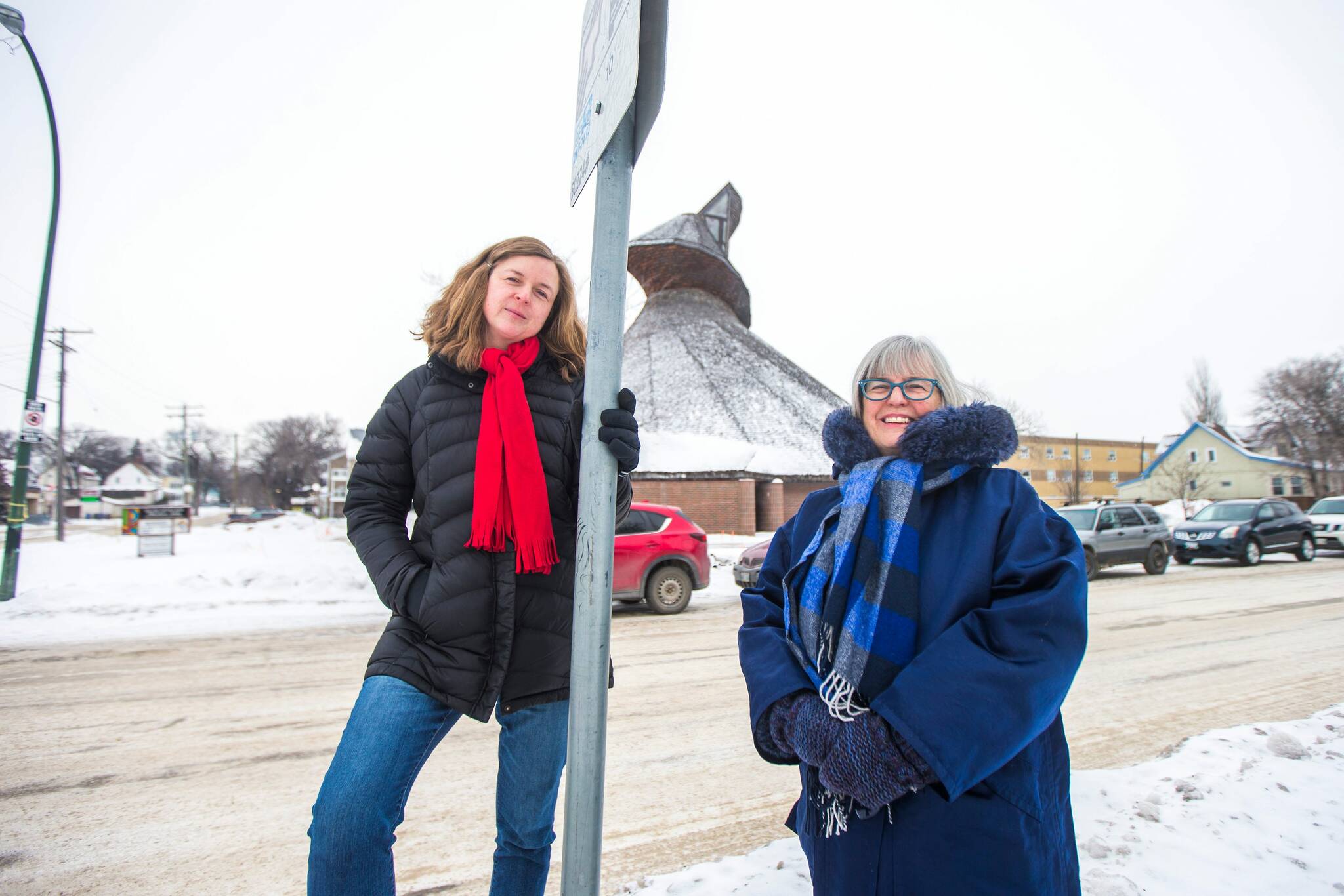 It’s a Friday afternoon and the No. 10 bus is nearly empty as it ambles out of the loop on Aubrey Street. It’s a tad early for after-work commuters and a tad late for the after-school crowd. I’m far from alone, though.

As the bus — a dated thing with lumpy blue vinyl seats and a bone-rattling idle — rolls east down Wolseley, John K. Samson directs my attention to the brick walls and limestone trim of Laura Secord School, which, I learn, was designed by architect J.B. Mitchell and opened in December 1913.

No, the Weakerthans frontman isn’t spending his days on the bus, pointing out local landmarks to fellow riders in a soft monotone. Not exactly. Samson is one of the narrators of the Winnipeg Architecture Foundation’s new smartphone app, Archi10, which offers a very specific audio tour of some of the city’s most important buildings.

“I live in Wolseley and have taken the No. 10 bus many times and always thought it was one of the neatest routes in the city,” says the foundation’s executive director, Susan Algie. “It got me thinking about how we can celebrate that.”

The Winnipeg Architecture Foundation is a non-profit dedicated to educating the public about the city’s built environment. The organization has an extensive online catalogue of architecturally significant private residences and public addresses, as well as a number of self-guided and digital tours — none of which are as immersive as the Archi10 bus tour.

“The idea is that you get on the bus anywhere along the route… and you learn a bit about the different buildings that are coming and going,” Algie says. “People who are riding the bus to work or school could do it, but also if you came to town and wanted a fun little tour you could buy a bus ticket and hop on.”

“The idea is that you get on the bus anywhere along the route… and you learn a bit about the different buildings that are coming and going.” – Susan Algie

The No. 10 runs through Wolseley and St. Boniface, passing by 37 noteworthy places, including the Manitoba legislative building, Bank of Montreal, Maison Gabrielle-Roy and Université de Saint-Boniface. The tour takes roughly an hour to complete and is powered by GPS, so narration and points of interest are triggered automatically.

The tour is available in English or French with Samson narrating the west half of the tour and singer-songwriter Andrina Turenne covering the eastern francophone portion. Aside from the architecture, music is a focal point of the bus tour — for the sake of interest and logistics.

“The music was a whole other level of information that we wanted to include and that became its own challenge,” says Julie Penner, a violinist and audio producer who helped create the Archi10 app. “I had to ride the bus, like, a bazillion times to time it out.”

Owing to the tour’s format, the narration couldn’t be longer than the time it took to get from one building to the next. Sometimes the distance between landmarks is spanned in a few seconds, other times it’s a few minutes. To fill the lengthier gaps, Penner asked each artist to perform a song. Samson covers the stretch between Westminister United Church and Aubrey Street with Prayer for Ruby Elm and Turenne belts out a rendition of Gérard (Ziz) Jean’s tune Histoire d’antan while the bus travels between Precious Blood Church and St. Boniface Hospital. 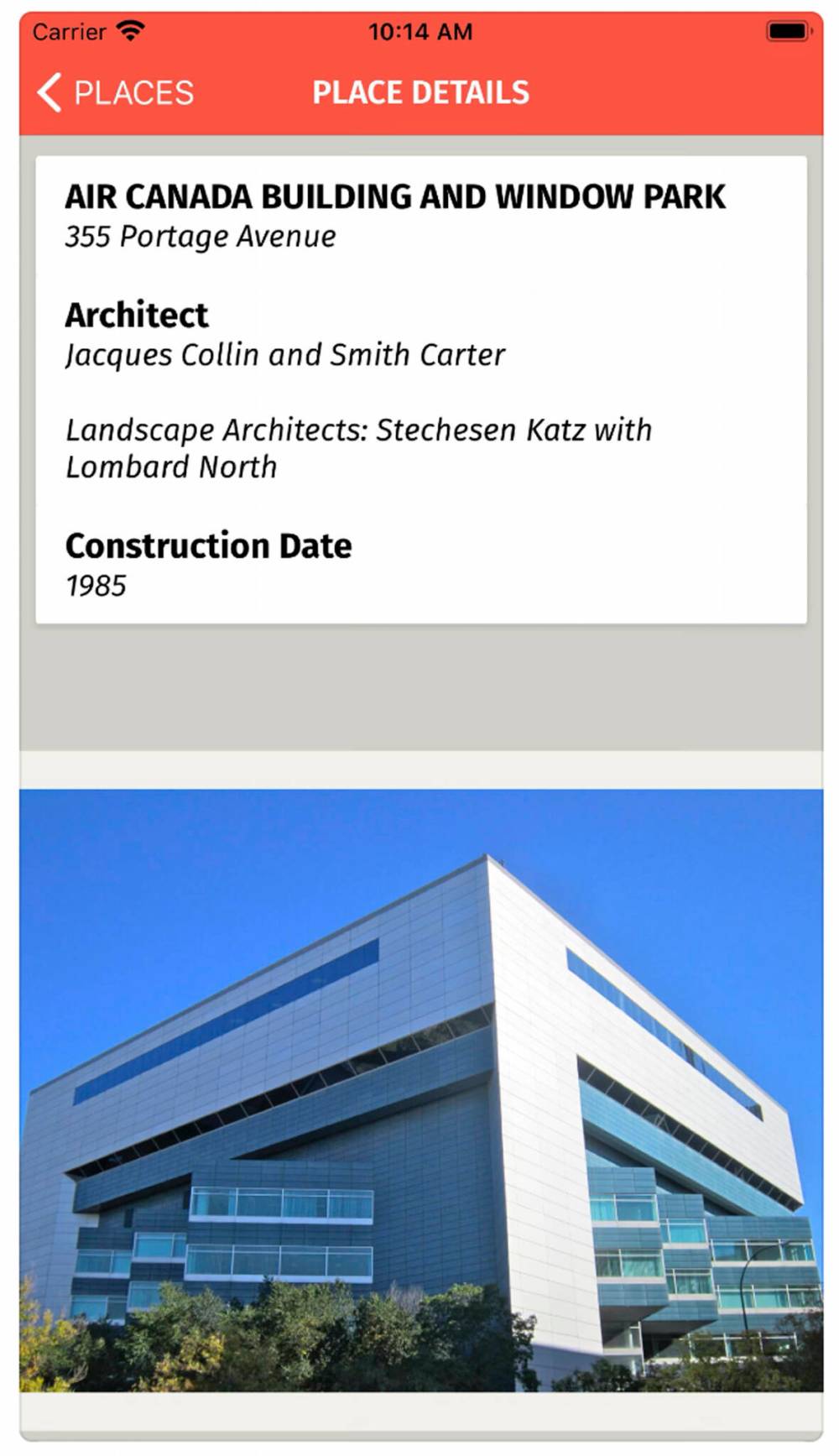 A screenshot from the app of the Air Canada building and park.

“I was thinking of these two songs as something that these two artists either wrote or were closely connected to that feel kind of emblematic of the neighbourhoods,” Penner says. “(Histoire d’antan) is sort of the unofficial anthem for the Franco-Manitoban community… and people in Wolseley are very attached to their elm trees.”

The tour also comes with an original soundtrack by Jason Tait, former Weakerthans drummer and Penner’s husband. The instrumental background music is imbued with meaning. The tone changes as the bus enters new neighbourhoods, speeding up through the bustling downtown and swelling with melancholy violin through St. Boniface. Tait also drums on Tyndall stone throughout as a nod to the locally sourced building material found nearly everywhere along the route.

The Archi10 app launched in late November but has been in the works for several years. The timeline was extended, owing to the technical complexity of the project and several unforeseen roadblocks, namely a last-minute route change and a pandemic that has caused bus ridership to decrease dramatically.

“We imagined launching the app with a big party on the bus with music,” Penner says. “I still hope that there will be some point where we can do that public presentation of it, but for now it’s an individual experience.”

It’s also a relaxing experience. The tour pauses if the app is exited, so listeners are compelled simply to listen and watch the city pass by without distractions. The act of looking, after all, is what the project is about.

“If we get people looking, not just at fancy buildings, but at buildings in their own neighbourhood, it helps to educate them to demand the best designs,” Algie says. “I think it’s very important for people to think about their cities and what they look like and the things we value in them.”

The No. 10 is the only route currently available on the app and while Algie isn’t opposed to creating more bus tours, any future additions are beholden to time and funding. The tour is designed to be enjoyed while riding the bus, but can also be experienced by scrolling through the app at home or while driving along the route (in a safe, hands-free manner, of course).

Visit winnipegarchitecture.ca for links to download the free Archi10 app from the Apple App Store or the Google Play store. 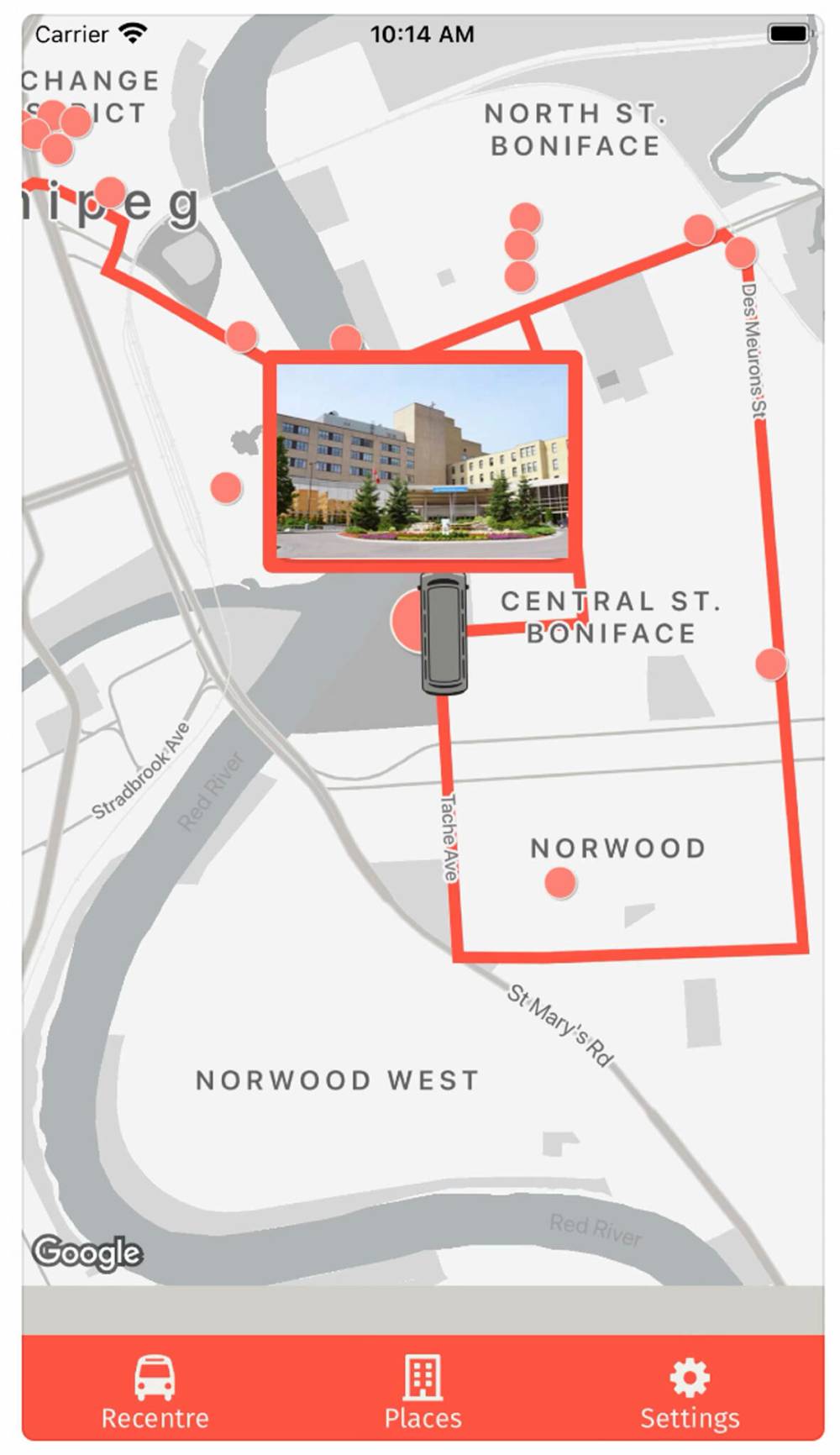 A screenshot of a building and map from the app.