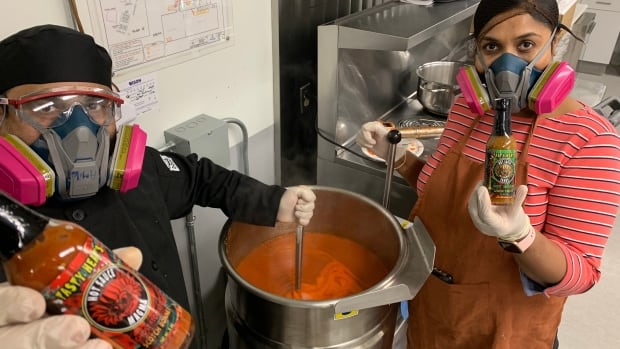 “We just use peppers and chilies and spices,” said Rajakaruna, who thinks he may be selling the world’s first Sri Lankan hot sauce.

That’s where they make and package hundreds of bottles of hot sauce to keep up with growing demand from retailers like Red River Co-op, Sobeys, Safeway, Lucky Supermarket and — as of this past month — Walmart.

Their products are now on shelves from Alberta to Ontario.

“I didn’t think it would go this far, but it did,” said Dona, a food scientist by trade.

The business started in 2016, when Rajakaruna, an IT engineer at the time who had some culinary experience, decided to make a few bottles of Sri Lankan-inspired hot sauce for some family and friends in Winnipeg.

They wouldn’t let him stop making it after.

The couple had always wanted to start a business of their own and thought perhaps they were on to something, so Rajakaruna designed a label, Dona looked into the health regulations and they started working to package and sell it.

Their marketing consultant behind the Tasty Heat’s name was their three-year-old-daughter, who said “tasty tasty” every time she wanted food. Their son suggested adding something to do with heat after. To Rajakaruna’s surprise, the domain name tastyheat.com was available for purchase, so he bought it. 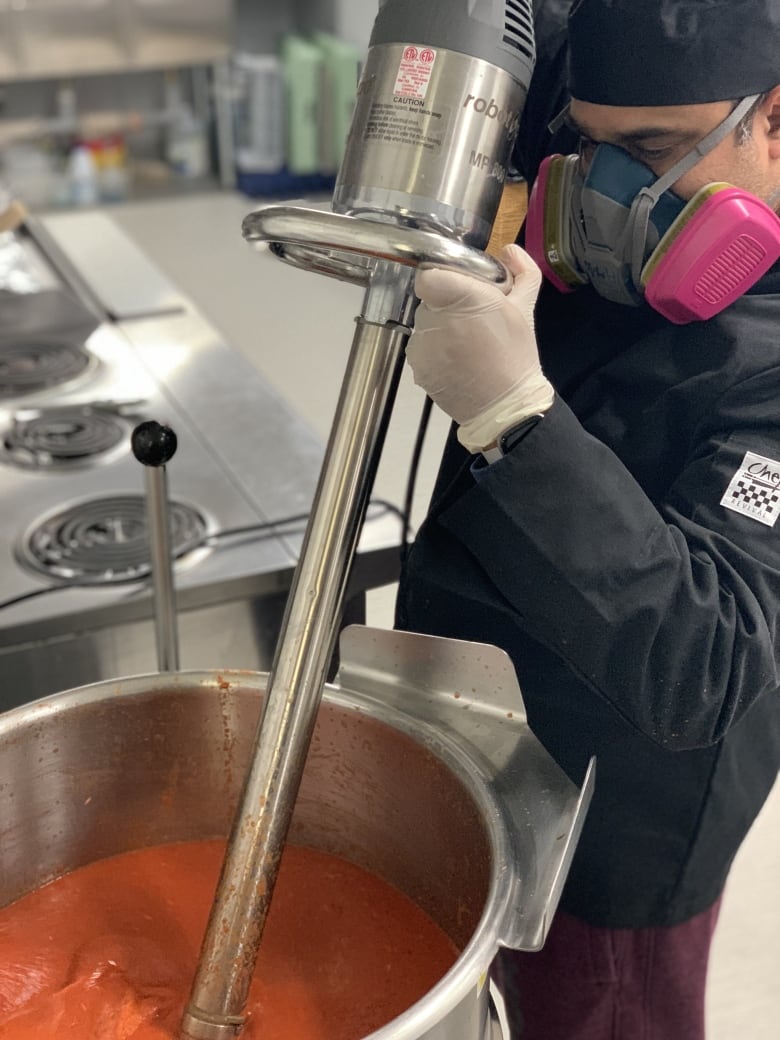 Rajakaruna worked as an IT engineer before going full-time into the hot-sauce business. (Cory Funk/CBC)

Metropolis of Winnipeg to think about 2-year meals waste pilot…

They started by marketing to smaller Winnipeg grocery stores, and drummed up enough demand that eventually Rajakaruna was able to leave his day job and make hot sauce production his full-time gig.

“It’s a lot of hard work,” Rajakaruna said. “But we’re happy at the end of the day.”

It was at one of those local grocery stores where self-proclaimed Tasty Heat’s superfan Savannah Shore happened across what is now a staple for most — if not all — of her family’s meals.

Her family keeps a minimum of four bottles in their fridge at all times.

“You can really taste the love they put into every single bottle,” Shore said.

“It’s what I love about small businesses and our city. Tasty Heat’s helps make Winnipeg an awesome place.”

She also buys bottles for her extended family members for Christmas each year, and can’t fathom a camping trip without it.

“We pack Tasty Heat’s before we pack our utensils,” Shore said. 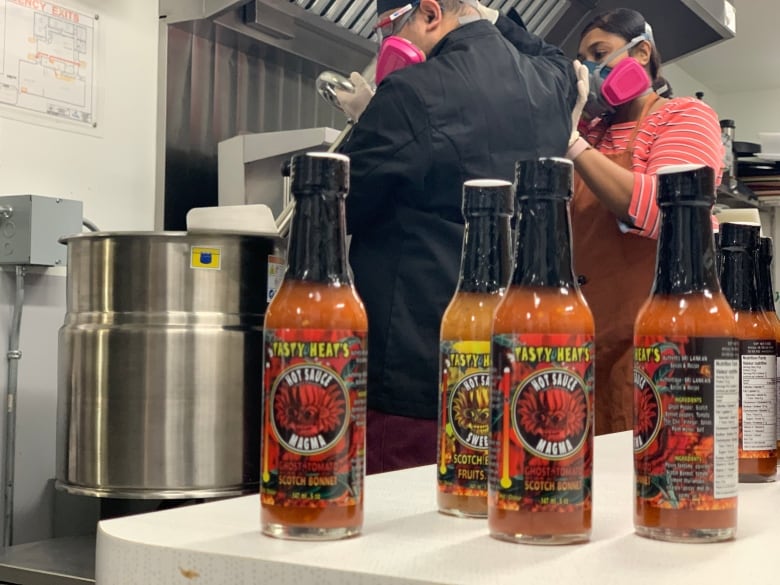 Rajakaruna and Dona rent the kitchen at Riverview Community Centre every Saturday to make hundreds of bottles of hot sauce to keep up with growing demand from retailers. Eventually they hope to have their own production space. (Cory Funk/CBC)

As the business grows, Rajakaruna and Dona are looking to the future, and how to win over even more people like Shore.

They’re now actively looking for a production space of their own and hope to bring more employees into the mix.

Further down the road, they would like to start growing their own peppers here in Manitoba and tie the brand’s locally grown image to the province and its people.

“That’s what I want to see,” Rajakaruna said.

“I don’t want to say it’s mine or my business. It’s everybody’s thing.”