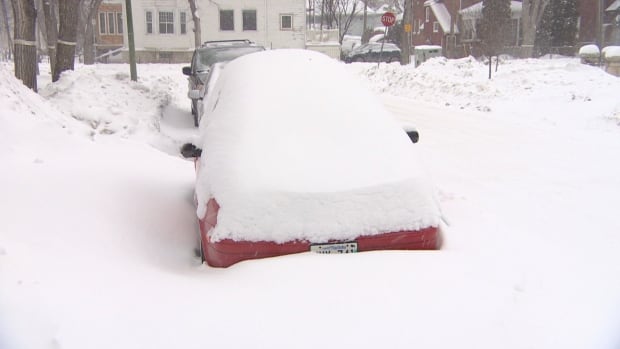 A Winnipeg city councillor wants you to pick up the tab if your car is towed during snow plowing.

Right now, if you park on the street during a residential parking ban, the city can move your car to another area so the plow can get through — which is known as a “courtesy tow.”

The vehicle’s owner can still be ticketed for parking on the street during a snow ban — but currently, they aren’t charged a towing fee.

Last year, the city spent at least $930,000 on towing illegally parked cars — almost triple the amount spent on courtesy tows in 2020, according to figures from Waverley West Coun. Janice Lukes.

She thinks the drivers should foot that bill instead, adding that being hit with a tow fee plus a ticket might incentivize people to move their cars.

“I know that sounds a little harsh, but to me it’s important to have the streets open for emergency vehicles if there’s a fire, if there’s a collision,” she said Tuesday.

Lukes plans to present a motion at Friday’s meeting of the city’s Assiniboine Community Committee, calling for vehicle owners to be charged for the cost of a tow when they violate a residential parking ban.

She also wants the city to track towing costs per event and divert the savings to improving snow and ice removal on Winnipeg’s active transportation network.

“I think it’s reached the point now [that] we have enough avenues and channels to get out when the Know Your Zone parking ban is in place that the city shouldn’t be paying for these tows,” Lukes said.

“We should be applying it to the vehicle that didn’t move.”

Lukes’s motion also calls for the city’s public service to prepare a report within 180 days and present it to the committee for discussion and review.