The Winnipeg Architecture Foundation, Storefront Manitoba and the Flash Photographic Festival have joined together to create a Design Month in April.

The Winnipeg Architecture Foundation, Storefront Manitoba and the Flash Photographic Festival have joined together to create a Design Month in April. The month will feature a variety of tours, talks and exhibits showcasing architecture and design, and will also coincide with the annual Architecture+Design Film Festival (April 6-10 ).

“This is the first year for the event which we are organising with little time nor money. But, we think there will be lots of appealing activities, most of which are free. Each organisation will post events on their websites,” says the organization.

Storefront is particularly excited about the “Of All Possible Futures” exhibit curated by Joe Kalturnyk of RAW: Gallery and RAW: Almond.  The exhibition looks at at buildings and sites in the downtown core that have struggled, especially during the pandemic. The exhibit presents an assemblage of contemporary Winnipeg artists, designers, poets, film makers, and musicians. Each team of creatives uses an existing Downtown Winnipeg building as a launching pad – buildings that have all been wary of the wrecking ball – all with storied pasts and uncertain futures.

The Foundation is also offering two new publications, Ghost Signs an Exchange District Walking Tour by Matthew Cohen, and Osborne Village an architectural tour by Susan Algie and James Wagner, on their website or local bookshops.

Osborne Village, an architectural tour explores the historic and contemporary architecture of this dynamic Winnipeg neighbourhood. It is highly illustrated with historic photographs and new photography by Leif Norman.

Winnipeg’s rich collection of hand-painted wall ads date back to the early 1880s. After incorporating as a city in 1873, industrialists and entrepreneurs from around the world moved here to be part of the city’s boom. The population ballooned from a few hundred to hundreds of thousands within a generation. And, over a century and a half later, the businesses and brands advertised on the sides of buildings still remain. Explore the Ghost Signs of the Exchange District in Winnipeg with this illustrated guide.

Matt Cohen is a creative director, marketing strategist and urban archeologist. Since 2013, he’s been researching and documenting Winnipeg’s collection of fading promotional signage. What started as a one-off project has blossomed into a multi-year initiative celebrating the intersection of paint and persuasion. 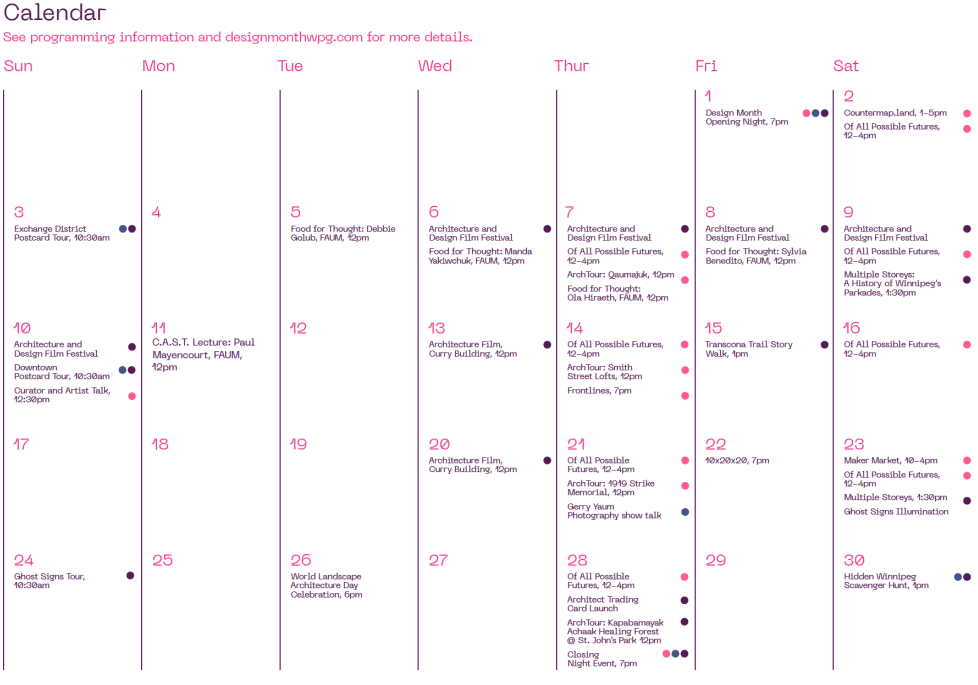 For more information on the WAF programming, visit: https://www.winnipegarchitecture.ca.