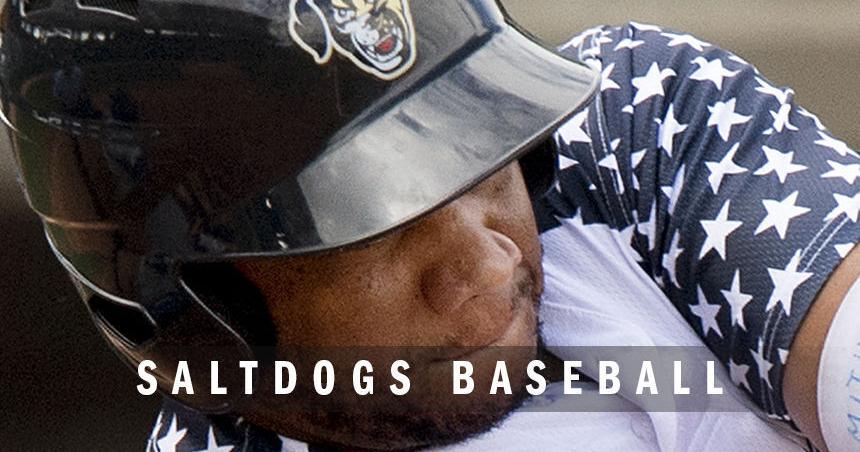 What went wrong: The Goldeyes used a pair of late home runs to take the win at home.

Raul Navarro hit an inside-the-park homer in the seventh inning and Kevin LaChance added a solo shot in the eighth.

Greg Minier cruised through his start until the sixth. With runners on first and second with two outs, he walked a batter before allowing a grand slam to Deon Stafford.

What went right: After falling behind on the grand slam, the Saltdogs came back to tie the game at 5-5 in the seventh.

They loaded the bases with one out before Randy Norris and Ryan Long each hit RBI singles.

Josh Altmann also continued his hot streak against Winnipeg this season with a two-run home run in the fourth inning. It was his third against the Goldeyes on the road this season in four games.

Dog bites: With a single in the fourth, Justin Byrd extended his hitting streak to seven games. It is the longest active streak on the team, and is tied for the second-longest for a Saltdog this year.

Up next: The series continues Saturday at 6 p.m.

Get local news delivered to your inbox!