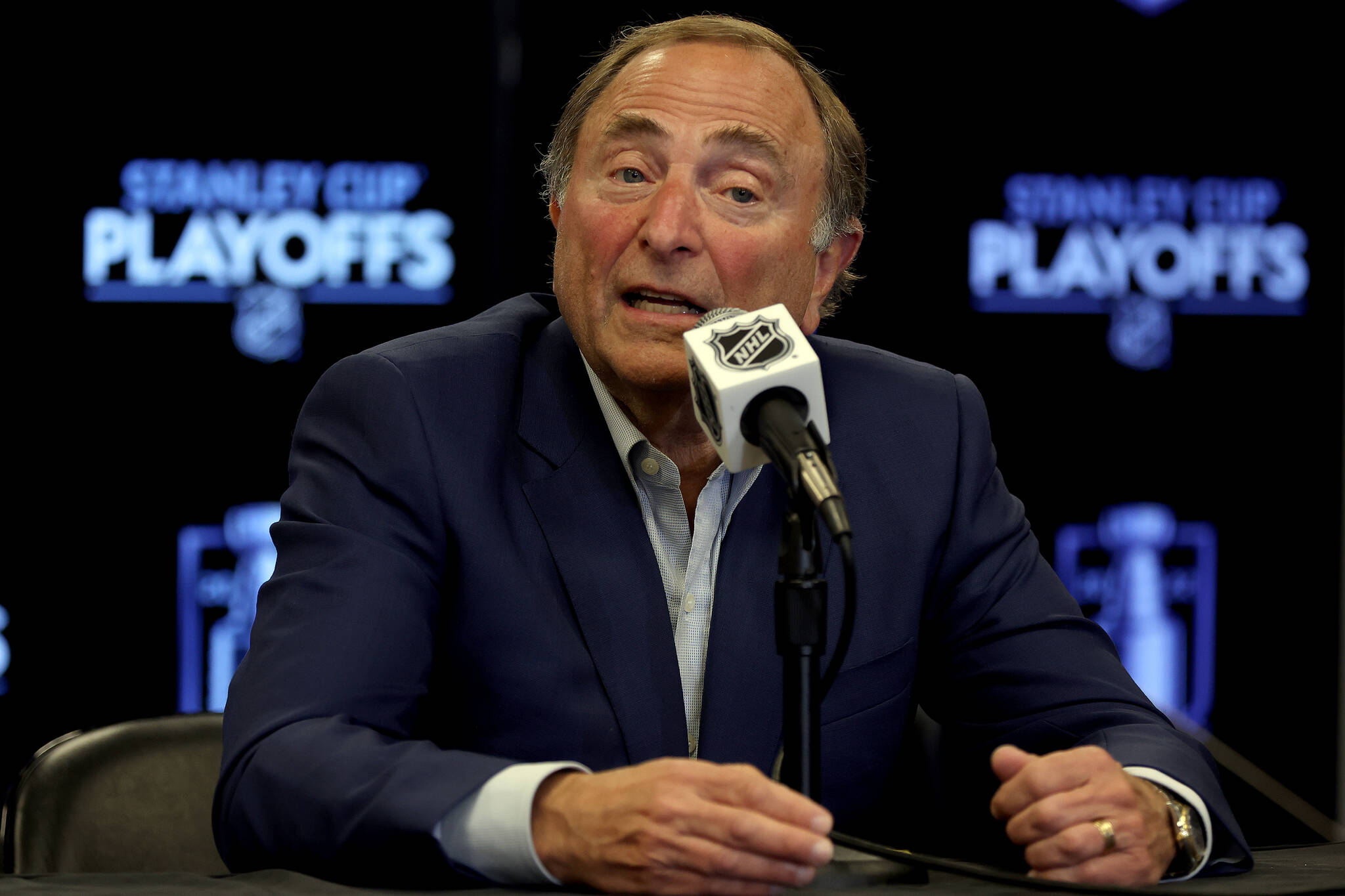 When the NHL returned to Winnipeg in 2011, commissioner Gary Bettman said it was only going to work long-term if the hockey club was playing in front of a full house on a nightly basis.

Now, more than a decade later, Bettman is downplaying any concerns he might have about the fact hundreds of empty seats have become the “new normal” at the downtown home of the Jets.

“I don’t think there’s an attendance issue,” Bettman said on Tuesday night from Canada Life Centre, just prior to puck drop between Winnipeg and Dallas with first-place in the Central Division on the line.

NHL Commissioner Gary Bettman is downplaying any concerns he might have about the fact hundreds of empty seats have become the new normal at the Canada Life Centre. (Matthew Stockman / Getty Images files)

“We’re coming out of COVID. Around the edges. Some teams are seeing a little bit of softness. Maybe it’s people’s reluctance to still go to crowds. Maybe it’s the economy. Maybe their routines have changed a little bit. And maybe the fact that not everybody’s coming into the city to work anymore which is a factor as well.”

Winnipeg is sitting in the middle of the NHL pack this year in terms of capacity — they were averaging 14,151 through six home games this year, which is around 94 per cent in a building that holds 15,325 — but have only had one sellout since the pandemic began. That was last month, with the Toronto Maple Leafs in town.

Bettman took issue with a Free Press column that ran this past weekend which suggested tickets have become too expensive in this market for many fans, especially with inflation such a major issue right now.

“I believe this building can be and will be full again,” said Bettman.

“For a team to be at its peak success, it needs broad support. And to the extent that the fans who came more frequently have had either distractions or issues we’re hoping they’ll be back soon. I wouldn’t suggest that there’s a crisis here. I believe of the seven Canadian teams the Jets have either the second lowest or third lowest ticket price. So it’s not about pricing anybody out. The best seats seem to sell. I think we’re just going through a period of adjustment.”

There were no big announcements which brought Bettman, along with deputy commissioner Bill Daly, to town. They are trying to get to as many markets as possible this season and said the timing for a Winnipeg visit worked out.

“We’re thrilled to be here. I always like coming to Winnipeg. It’s a place where hockey matters,” said Bettman.

“Being back here with the Jets has always been, for me, one of the highlights of things we’ve been able to accomplish. Spent a good day today, met with the staff at True North, met with the business council, we got to take a look at some of the projects that are being supported by the Jets Foundation, including Camp (Manitou) and the Academy. And we’re just happy to be here for a game tonight.”

Bettman just returned fr0m Finland, where the latest Global Series (involving former Jets forward Patrik Laine and his Columbus Blue Jackets) just wrapped up. He was asked if another international trip could be in the future for Winnipeg, which went to Finland in 2018.

“Sure, why not? But we haven’t yet finalized plans for next season and beyond,” said Bettman. “But now that we’re past the pandemic, we’re looking forward to getting back to a more regular schedule. And Winnipeg always represents the league well. So obviously as we figure out a rotation and what makes sense, certainly they would be included.”

Bettman praised the work True North has done in bridging the gap between the 1.0 and 2.0 eras, including the recently unveiled Dale Hawerchuk statue.

“We respect the hockey tradition here and we know how important hockey is here, and Mark Chipman and David Thompson have done an incredible job with this franchise in terms of respecting the past, but perhaps most importantly having the franchise so involved in the community and making a difference in people’s lives,” said Bettman.

“Particularly within underserved portions of the community. What they do with the (True North) Foundation, the fact that this team is an economic engine in the community. You look at what’s being built around the arena and the condition the arena is in. Not only do I think they respect the history and the tradition, they respect the importance of the franchise like this for the community, and you couldn’t ask for better ownership in that regard.”

He also welcomed how they’ve tried to branch out in the community, such as the first-ever Filipino Heritage night held Tuesday.

“First and foremost, we want everybody, no matter who they are, where they’re from, what they believe in, to feel comfortable to be a part of our game. My understanding is the Filipino population represents10 per cent of the population of Winnipeg, so it’s yet another group of constituents in this city that we want to encourage to be a part of our game,” said Bettman.

“And that’s not an economic answer. This game, sports, is about bringing people together and, particularly for young people, instilling the right values. So I think it’s wonderful.”

How Winnipeg transit ridership numbers have modified since pandemic