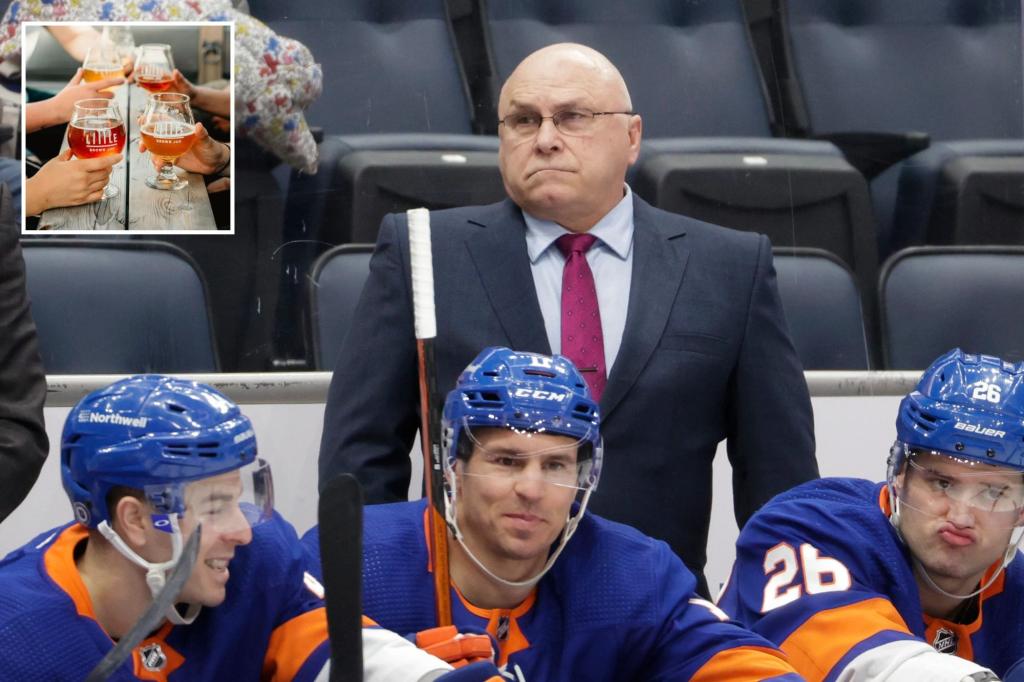 A Winnipeg brewery will provide free beer — for life — to Barry Trotz if he comes home to coach the Jets.

The NHL team has been searching for a coach for months and now locals are coming together to join the cause. On Monday, Little Brown Jug Brewing Company and local sports talk show “Winnipeg Sports Talk” joined forces to put out the offer to Trotz. The former New York Islanders coach has been available for a month since he was stunningly fired by the team.

“In case it’s coming down to the wire and Winnipeg needs a sweetener, we here at Winnipeg Sports Talk are here to act as the closers with a special offer for Barry Trotz,” Andrew “Hustler” Paterson said in a video message released on social media. “Barry, I know there are plenty of teams that would love you as their new bench boss, but we need you back in your home province of Manitoba to turn our team around.

“To show you how serious we are, we have the following offer for you: After consultation with our friends at Little Brown Jug… we are prepared to offer you free beer for life if you become head coach of the Winnipeg Jets. Your beer fridge will be stocked for eternity.”

Little Brown Jug has also pledged to brew a new beer of Trotz’s choice if he chooses to coach the Jets.

The idea came about from a taproom conversation between the brewery’s founder Kevin Felch and office administrator and liason James Hofer.

“Just thought it would be a little fun initiative,” Hofer told the Associated Press. “We thought people would get a kick out of it and who knows, maybe it might get the coach here.”

The 59-year-old Trotz originates from Dauphin, Manitoba, which is a few hours away from Winnipeg.

Trotz holds quite a reputation for himself, coaching the Washington Capitals to the Stanley Cup in 2018 and he is third in all-time coaching wins behind Joel Quenneville and Scotty Bowman. The Jets, who missed the playoffs after their coach Paul Maurice retired mid-season, are among several teams who see Trotz as a top option. Vegas, Philadelphia, Chicago, Detroit and Boston are all in need of a new coach.

Hofer doesn’t expect his offer to affect Trotz’s decision, but he hopes it goes to show just how much passion there is for the Jets.

“It kind of reminds me of, in the ’90s, how kids were cracking open their piggybanks to try to keep the Jets here,” he said. “But it kind of demonstrates the passion that we have here for sports teams and our willingness to try to do whatever we can to sway things.”