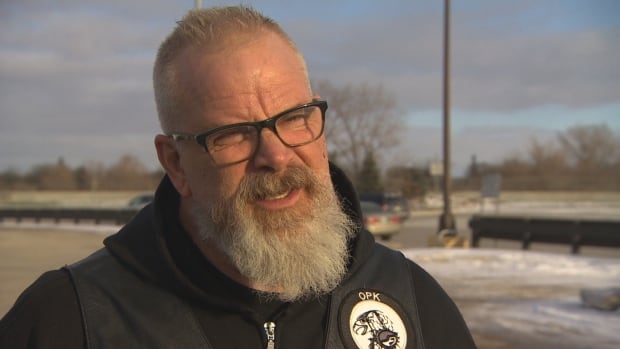 A lack of positive mentors and inconsistent support systems for young people are factors driving youth crime in Winnipeg, according to people who work with at-risk young people in Winnipeg.

Minors and young adults have been accused in several high-profile violent incidents in Winnipeg in recent months, raising questions about the root causes of kids committing crime.

Mitch Bourbonniere, a community advocate, said there aren’t enough adults getting involved in the lives of young people, but there’s no shortage of “shadow adults” willing to take advantage of them.

“It’s a double whammy,” said Bourbonniere. “Not enough support, not enough guidance, not enough love and care on one hand — and then we’ve got an underbelly of adults in Winnipeg, and in every major city, that prey upon vulnerable youth.”

Bourbonniere is calling for a youth summit with stakeholders in government, child welfare and the community at large to address the issues impacting youth.

“We need a plan for those young people,” he said.

According to the Winnipeg Police Service’s latest annual statistical report, released in July, youth crime overall has decreased overall in the past five years — from 2,312 incidents in 2016 to 1,101 in 2021 — but violence remains an issue.

But there was an increase in youth-involved crime involving violence in 2021 over the previous year, driven by a 69 per cent spike in aggravated assaults.

This summer, teens have been implicated in some of the most concerning assaults in the city.

On June 29, two people were stabbed and a third person was also injured at The Forks Market. Two 15-year-old girls and an 18-year-old man were charged.

On Canada Day, two men who recently fled the war in Ukraine were also attacked at The Forks, with one suffering life-threatening injuries. Two 19-year-old men and a 15-year-old boy were later arrested.

And on the morning of Aug. 22, four people were attacked in a series of assaults the city’s Point Douglas neighbourhood, resulting in two deaths and leaving a third person in critical condition. Two 15-year-old boys have been charged in connection with the homicides and one of the other assaults.

Bourbonniere said there are too many young people who are left to their own devices, with no adult checking on them.

The grandfather of one of the teens charged in the Aug. 22 Point Douglas attacks said in an interview that his grandson had recently run away from care and was homeless at the time of the assaults.

Bourbonniere said that “someone needs to be responsible for every single human being under the age of 18,” and when a child in care runs away from a placement, a concerted effort must be made to find them.

“It’s incumbent upon us to search for those young people and get them back into safe spaces, and envelop them and wrap around them, and provide them with the structure and the guidance and the love that they need,” he said.

More off-hours programming and more mentorship for youth are also essential, he said.

“That’s when we need to be spending time with our children,” especially at-risk youth, said Bourbonniere.

Angelina Pelletier, a community advocate who has worked with at-risk youth in various roles for more than a decade, said there are also significant systemic issues that hamper the ability of some young people to escape involvement in violence.

She pointed to the high representation of Indigenous kids in Manitoba’s child welfare system.

Of the nearly 10,000 children in care in Manitoba, more than 90 per cent are Indigenous, according to the most recent annual report available from Manitoba Families.

“So thinking of those numbers, you know, they’re staggering,” she said.

Those issues aren’t new, but they only come into focus when there is a tragedy, she said.

“It’s at the point where people are having to die for folks to stop and take a look and have conversations and ask questions, and that’s really unfortunate.”

There are many possible solutions, Pelletier said, but governments need to be consistent in their support, and members of the community have to realize the issues aren’t limited to one group.

“There are a lot of things that could be done, but I think we definitely need the money and the funds and the commitment and the dedication from everyone,” said Pelletier.

“This isn’t something that Indigenous people have to do to fix.”