Are the Jets a sneaky front-runner to land Barry Trotz? 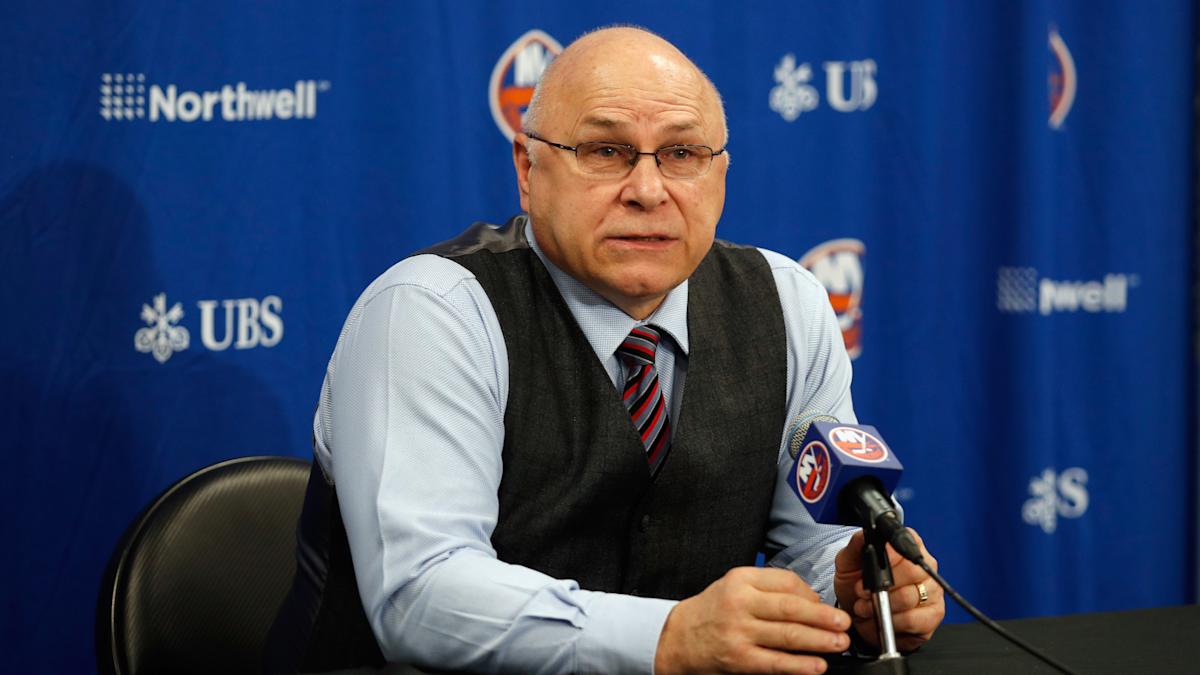 Winnipeg boy Barry Trotz interviewed with the Jets on Tuesday, and there’s reasons to believe one of the best coaches in hockey could be heading home. (Getty)

Barry Trotz will be the most highly coveted head coach on this summer’s market, and he could be destined for a homecoming.

Trotz was unexpectedly fired by the New York Islanders on May 9, but will have no shortage of suitors, including his hometown Winnipeg Jets, who interviewed the 59-year-old on Tuesday, as first reported by Sportsnet’s Elliotte Friedman.

Dave Lowry took over as the Jets’ interim head coach in December but it’s widely expected that he won’t retain the role entering next season.

Trotz would be a slam-dunk candidate for several reasons, namely that his 914 career wins rank third all-time and he’s cultivated a reputation for squeezing the maximum value out of underperforming teams. He’s also considered by many to be the best defensive tactician in the NHL and would likely be considered the best overall coach by many, compounding the Islanders’ shocking decision to dismiss him after one subpar year. New York missed the playoffs for the first time in his four seasons with the club, but evidently ran out of patience as teams picked up on its counter-attacking style of play, while the Isles dealt with several COVID-19 and injury complications throughout the 2021-22 campaign.

Friedman reported that the Vegas Golden Knights and Philadelphia Flyers could also pursue Trotz, and it’s entirely possible that the veteran bench boss mulls his time before reaching a mutually agreed upon decision with a new team. On the surface, Vegas perhaps is the most appealing option, a franchise that has been in perennial contention for the Cup that needs a new, defensive-minded coach and let’s face it, the weather isn’t all that bad either.

Trotz is perhaps best known for his tenure with the Washington Capitals, leading the club to its first Stanley Cup victory in 2018. During the customary summer celebration tour, Trotz brought the cup back to Manitoba. Will the Jets be able to entice him with visions of bringing the Cup home again?

Winnipeg presents a similar on-ice case, a team that has rarely played to the sum of its parts, that could use a no-nonsense coach with Stanley Cup-winning pedigree. Will the allure of returning to Manitoba be enough for Trotz? For the time being, at least three franchises are directly invested in Trotz, while the other 21 teams that have been eliminated from the postseason sort out their summer plans.