‘An incredible storyteller with a razor-sharp thoughts’ – Winnipeg Free Press

Ron Turner remembers his son Randy saying in high school he wasn’t much for school but he sure liked writing in English class.

“He would say he wasn’t an academic, he wouldn’t sit in the front; he’d sooner sit at the back and try to make people laugh,” he said. “Out of that grew an idea that he’d be a sports reporter.”

Randy Turner, an award-winning Winnipeg Free Press writer in sports, news, features and columns for 31 years, died Wednesday at age 57 after a battle with cancer.

He built a career as a journalist making people laugh, weep and want to read on. His Twitter account, where he cracked wise nearly every day, has more than 65,000 followers — more than Manitoba’s premier and Winnipeg’s mayor.

Turner leaves behind a legacy of stories, the gift of his words and the memory of a man whose jovial personality leaped from the newspaper pages and warmed the hearts of readers and everyone he met.

“Our newsroom has lost a wonderful talent whose journalism was frequently judged to be among the best in the land,” said Free Press editor Paul Samyn. “Randy distinguished himself by way of the features he wrote, the bestsellers he penned, and yes, even the tweets that packaged up wit and satire in 140 characters or less.

“We are all saddened by his passing but thankful for the time we were able to spend together and for the way he served our readership.”

“He was a funny and intelligent and articulate and incorrigible man, who we will miss.” –Premier Brian Pallister

Turner was nominated for a National Newspaper Award 7 times, winning the prestigious award twice and he wrote three books for the Free Press including Back in the Bigs and The First Season, which were both about the return of the NHL and the Jets to Winnipeg, and City Beautiful, which chronicled Winnipeg’s architecture. 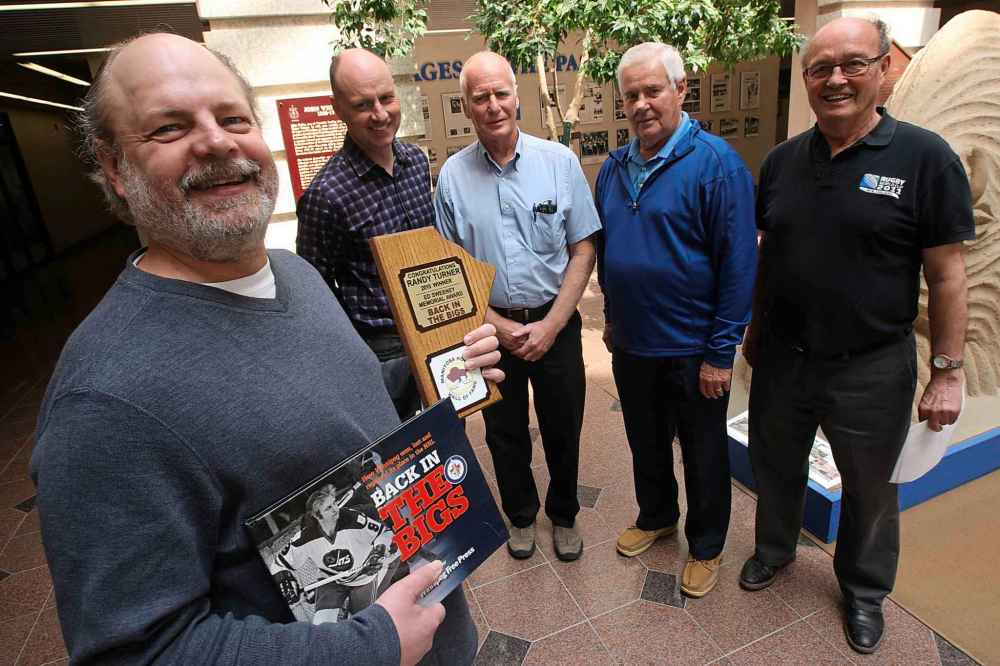 He was the first winner of the Manitoba Hockey Hall of Fame’s Ed Sweeney Memorial Award for raising awareness of Manitoba’s hockey history with Back in the Bigs.

Turner was born June 21, 1961, and grew up in Boissevain. He was the middle child of Ron and Shirley, who also had youngest son, Kent, and daughter, Sandy. His father said Turner played “all the sports” when he was in school and went on to study creative communications at Red River College to get his start in journalism.

He worked at the Selkirk Journal weekly newspaper before joining the Winnipeg Free Press in 1987. He hit the road immediately covering the rural beat, which meant he visited communities across Manitoba, writing way-of-life stories about everyday people. 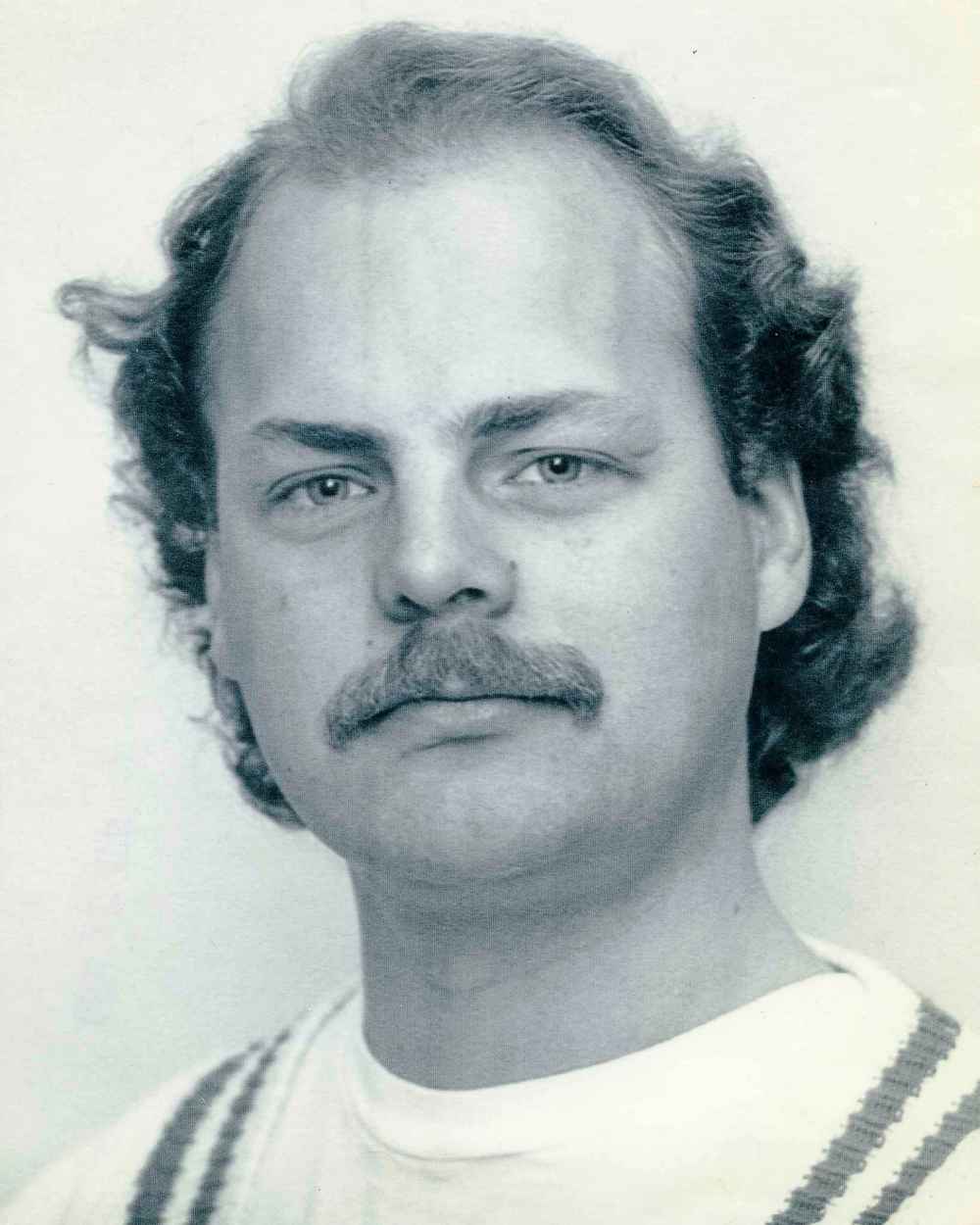 Turner moved to the sports department covering the Winnipeg Goldeyes baseball team in 1993-95 and then covered the CFL’s Winnipeg Blue Bombers in 1997-99 before becoming the newspaper’s sports columnist.

“That Randy was a talented, gifted writer was evident to the thousands who have read his work. What only those of us who were close to him could see was what a humble, kind, funny and decent human being he was. It was a privilege to call him a friend,” said Bob Irving, the voice of the Blue Bombers on CJOB radio.

“He was a funny and intelligent and articulate and incorrigible man, who we will miss,” the premier said Wednesday after question period in the legislature, adding Turner “produced some beautiful writing and will leave behind, many, many friends.” 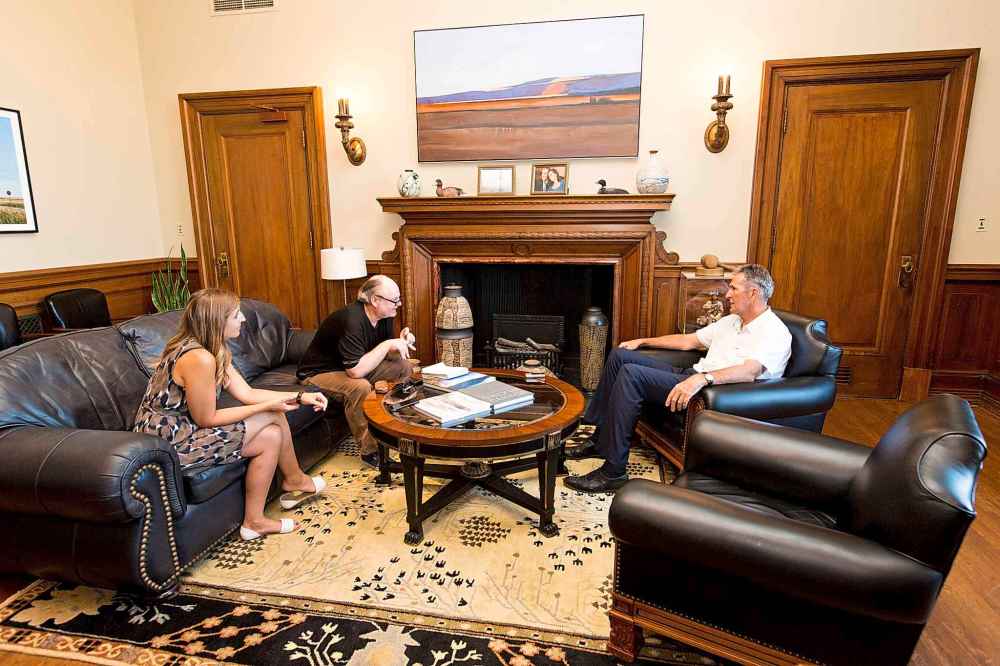 Former Free Press sports writer Ed Tait, now the Bombers director of content, covered the Bombers with Randy for a number of years after Tait joined the Free Press in 1999.

“I called him before I came aboard to make sure he would be cool with sharing the beat. I’ll always remember him saying, ‘I’d rather have you on my team than work against you,’” Tait said.

“What made him such a gifted journalist was his ability to observe and to listen well before he started piecing his words together so wonderfully, whether he was writing about sports or any other subject.

“It was those same qualities, plus his small-town sensibilities, that made him such a great friend, too.”

“What made him such a gifted journalist was his ability to observe and to listen well before he started piecing his words together so wonderfully, whether he was writing about sports or any other subject.”–Ed Tait

Maureen Fitzhenry, who grew up in Boissevain and was a lifelong friend, said Randy helped her get her first two jobs in journalism at the Selkirk Journal and the Free Press, and they played on the same baseball and curling teams. 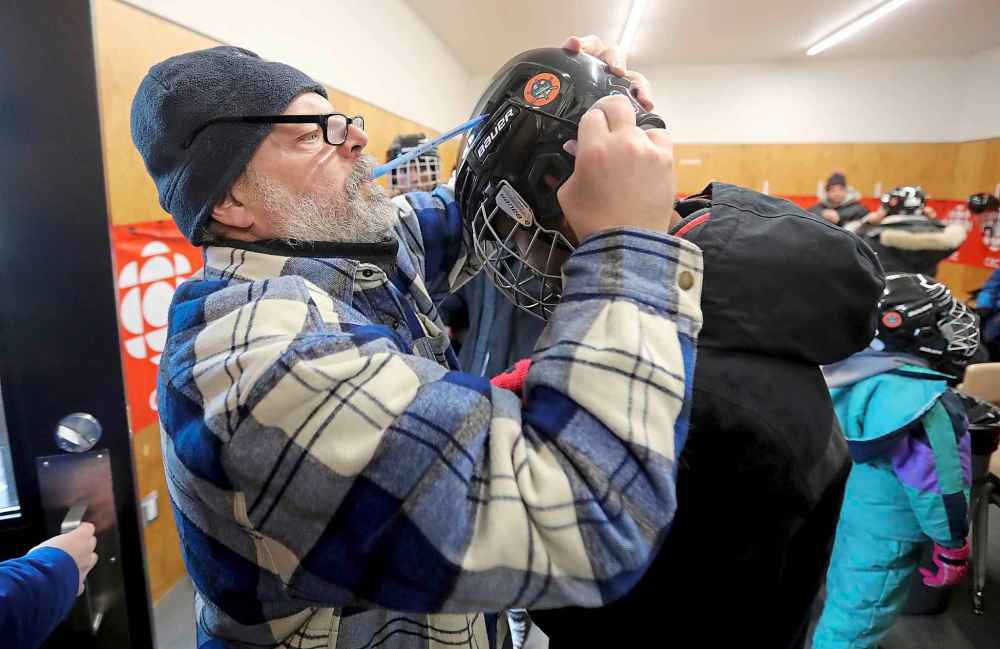 “Randy and I have been the closest of friends, especially in our early 20s when we were at the Free Press. He’s come to my 30th, 40th and 50th birthday parties, my wedding, my son’s funeral, and he visited us when we lived in Australia,” said Fitzhenry, now the Canadian Museum for Human Rights media relations manager.

“He was an amazing storyteller with a razor-sharp mind. Because of that, he saw things very clearly and factually and that gave him the great gift of being able to share his perspective with others in a way that can make you literally visualize an issue or event that he was writing about and understand it.

“As a friend, he was loyal and a lot of fun to be around because he was so very funny but he also had an unwavering sense of right and wrong.”

Turner and former Free Press sports columnist Gary Lawless, now a broadcaster and writer with the NHL’s Vegas Golden Knights, took numerous vacations together.  In the summer, they’d rent a cottage and kick back. 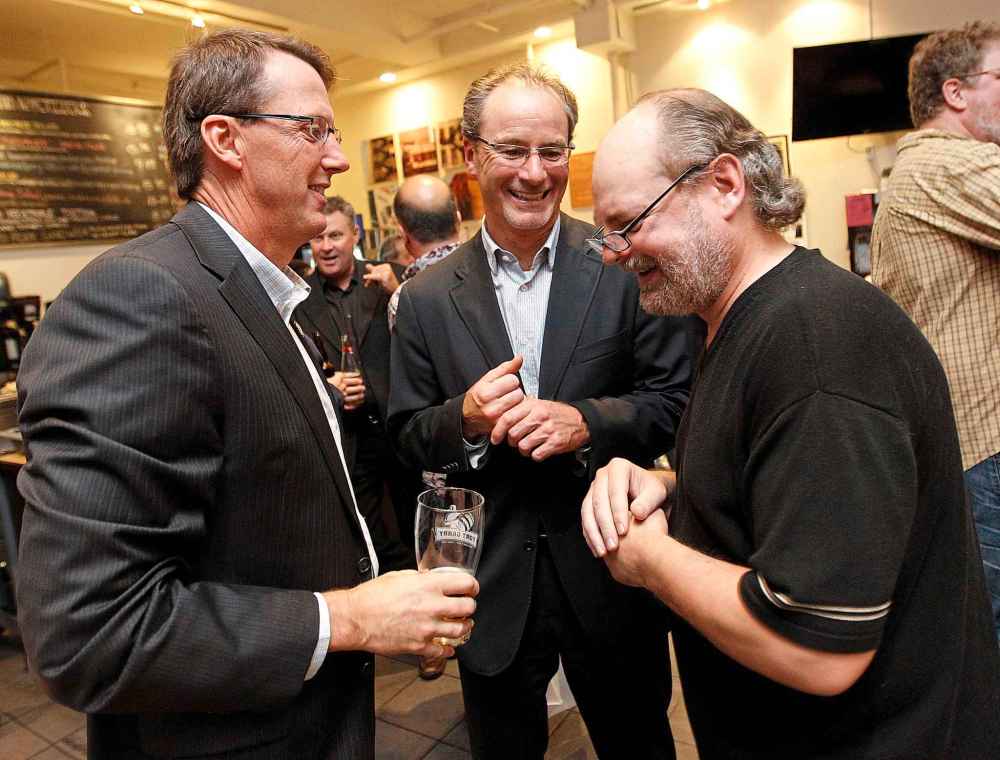 Mark Chipman and Jim Ludlow, of True North Sports and Entertainment, with Randy Turner, at the book launch for Back in the Bigs in 2011.(Trevor Hagan / Winnipeg Free Press files)

“We were single guys; we’d do a little fishing, a lot of drinking, stay up late, cook dinners and talk about everything,” Lawless said in a telephone interview from Las Vegas.

Lawless marveled at Turner’s talent. He recalled two messages he received from his friend as being the best compliments he received during his time at the Free Press.

“I wrote a piece about a night of drinking with the late John Ferguson and Randy Carlyle. Turner texted me to say it might have been the best thing I’d ever written. When I went to the Olympics in 2014, I got a note from him after filing my first column from Sochi. ‘You can win ’em or lose ’em on that first column and you won ’em so just relax and enjoy the rest of the event.’ That meant the world to me,” Lawless said.

“Randy was a great newspaper man, but he was a better friend.”

“Randy was a great newspaper man, but he was a better friend.”–Gary Lawless

CBC sportscaster Scott Oake, whose family Turner wrote about, texted Turner’s father on Wednesday morning to say that Randy had “always been for the right things in life.”

On Wednesday night, the City of Winnipeg paid its respects to Turner, dialling down the lights on its large, illuminated Winnipeg sign at The Forks. Bowman tweeted from his personal account: “In honour of a beautiful Winnipegger, the #WinnipegSign has been dimmed. Deepest condolences to Randy Turner’s family, friends & colleagues. You’ll be missed Randy!” 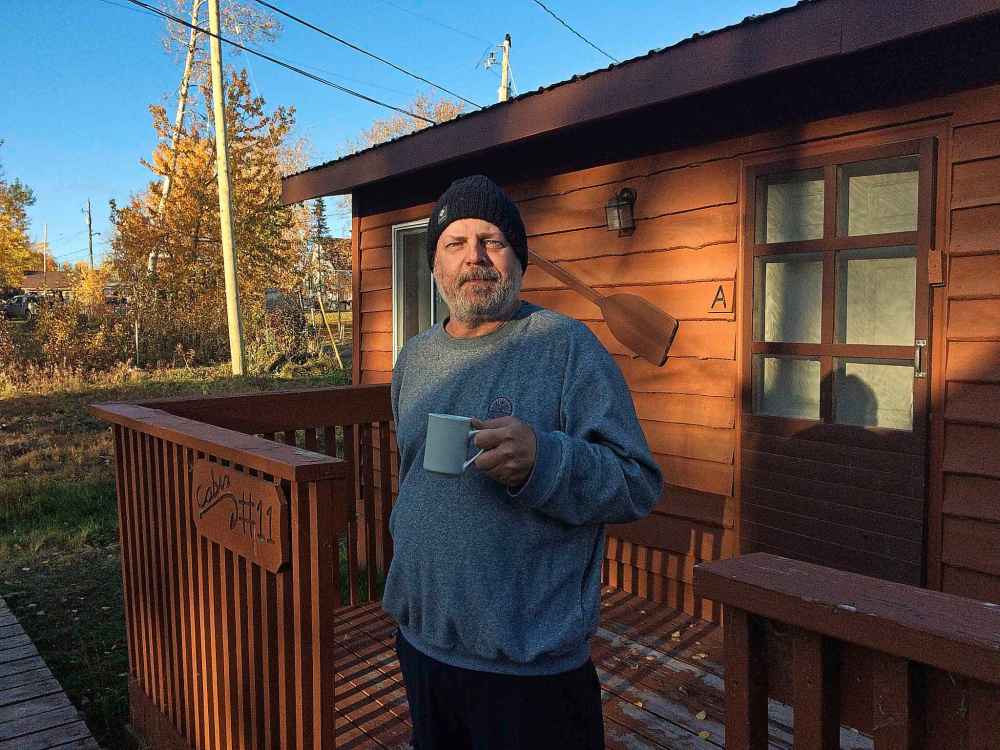 Turner was the beat writer who immortalized in print the heady early days Goldeyes baseball, covering the team at home and on the road across America’s Midwest.

He wrote human-interest features to endear the players to the club’s ever-expanding battery of loyal fans and built a friendship with owner Sam Katz.

“There’s very little doubt in my mind that, in the early years, Randy Turner had a lot to do with the success of the Winnipeg Goldeyes,” said Katz, also Winnipeg’s former mayor.

“He was basically letting the world know what was going on with them when they were on the road. And not just the games. He wrote about the players as human beings, their lives, their families and people loved that.

“He was an extremely passionate person. He was a beautiful man.”

Turner wrote about himself in his biography on the Free Press website with characteristic self-deprecating humour, saying “he’s got a lot of kilometres on the odometer, if you know what we mean.”

Godspeed, my friend, and peace on your journey. 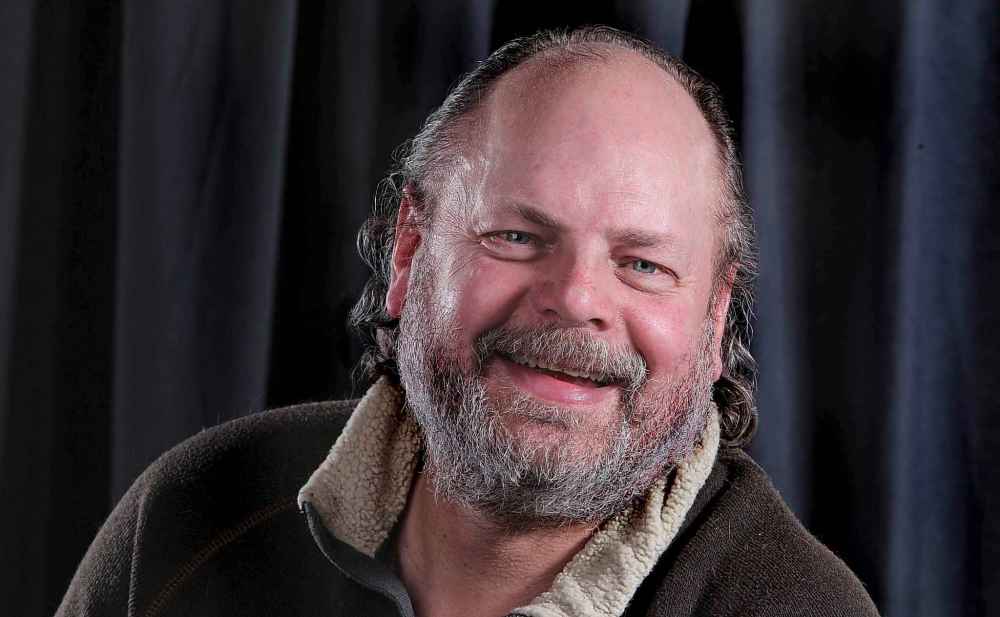