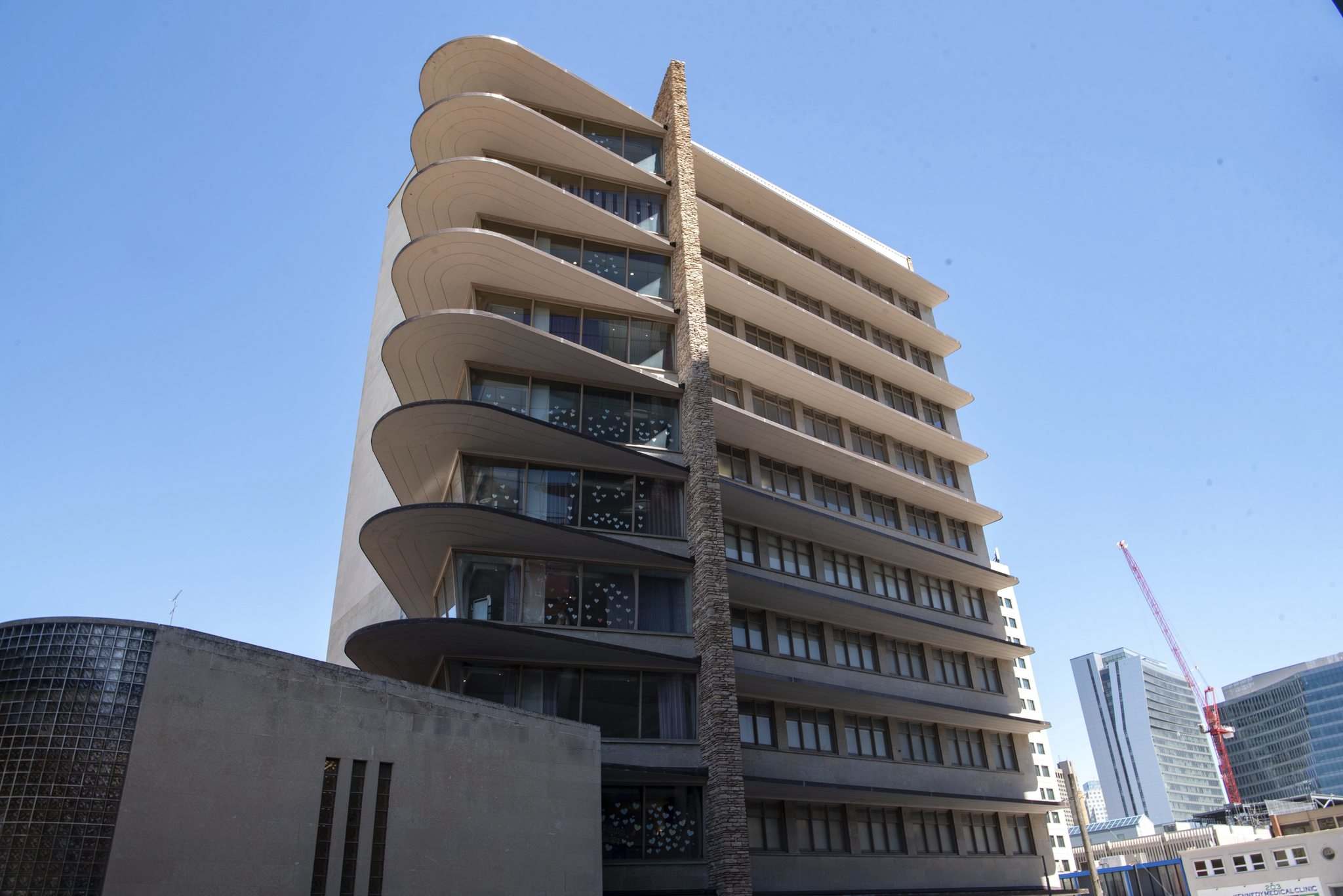 Nicknames can be a sign of fondness and familiarity, so it means something that people often affectionately call the Winnipeg Clinic “the Jetsons building.”

Most Winnipeggers love this modernist downtown building, with its swoopy canopies and slanted corner windows. Even folks who say they don’t usually like modernist architecture have been won over by the structure’s optimistic and accessible vibe.

As the Jetsons moniker suggests, the building – which started its planning stages in 1938, with the original clinic completed in 1942 and substantial additions finished in 1946 and 1961 — has a retro-futurist feel. From a 2021 standpoint, it offers a vision of the future that’s rooted in the past, looking backwards and forwards at the same time. Like the ’60s-era Jetsons cartoon, with its flying cars and apron-wearing robots, the structure seems to imagine a future that never quite happened, one that is arguably zippier and more fun than the future we ended up with.ALEX LUPUL / WINNIPEG FREE PRESS
The Winnipeg Clinic with Its distinctive curved lines and layered canopies make it a familiar landmark in Winnipeg’s downtown.

According to Winnipeg architect Jim Wagner, “The building’s design is both amusing and friendly, which makes it approachable when compared to the sometimes severe qualities of other modernist buildings.

As Wagner explains, “Both entrances are low scale and lead to modest lobbies, making for a less intimidating experience.

“The Vaughan Street entrance has the unusual circular canopy supported on a single column with a light as its capital. On the St. Mary Avenue side, the use of pink limestone on the vertical fin and the presence of flower beds lend a 1950s suburban feel to the main entrance.” 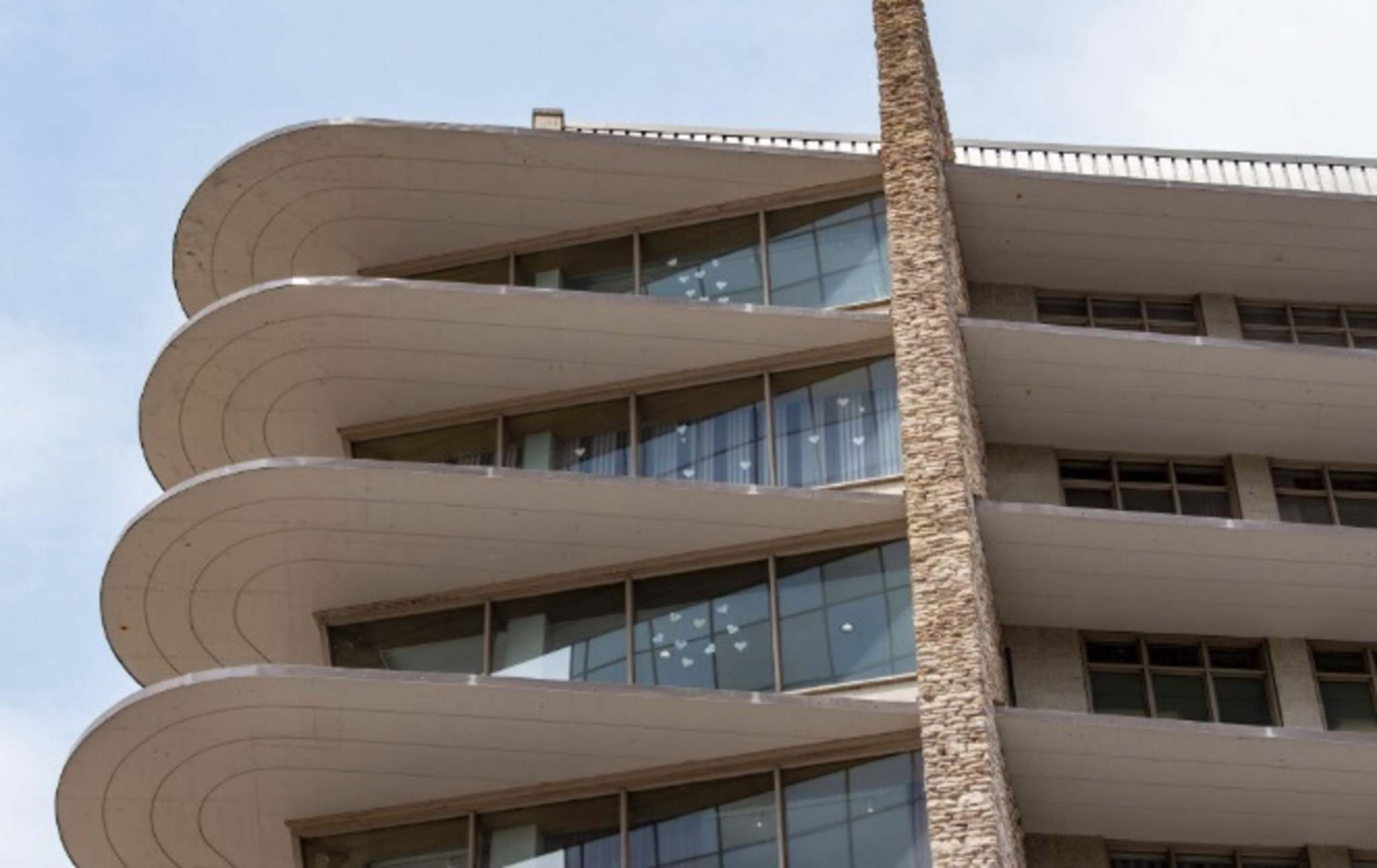 For Serena Keshavjee, a professor of Art History at the University of Winnipeg and editor of the 2006 book Winnipeg Modern, the Winnipeg Clinic “is definitely a modernist building, but I describe it as ‘soft’ modernism.

“The minimalist aesthetic of International Modernism is made more palatable here with the wonderful texture of the pink limestone, glass block and those overlapping curved canopies that help focus the views that I like to look out of.”

Fans are drawn to the clinic’s striking exterior – though the street view from the corner of St. Mary and Vaughan is now somewhat marred by the skywalk system – but Keshavjee is also interested in how users experience the building from the inside looking out, and how those corner windows help connect the Clinic to the rest of today’s downtown. 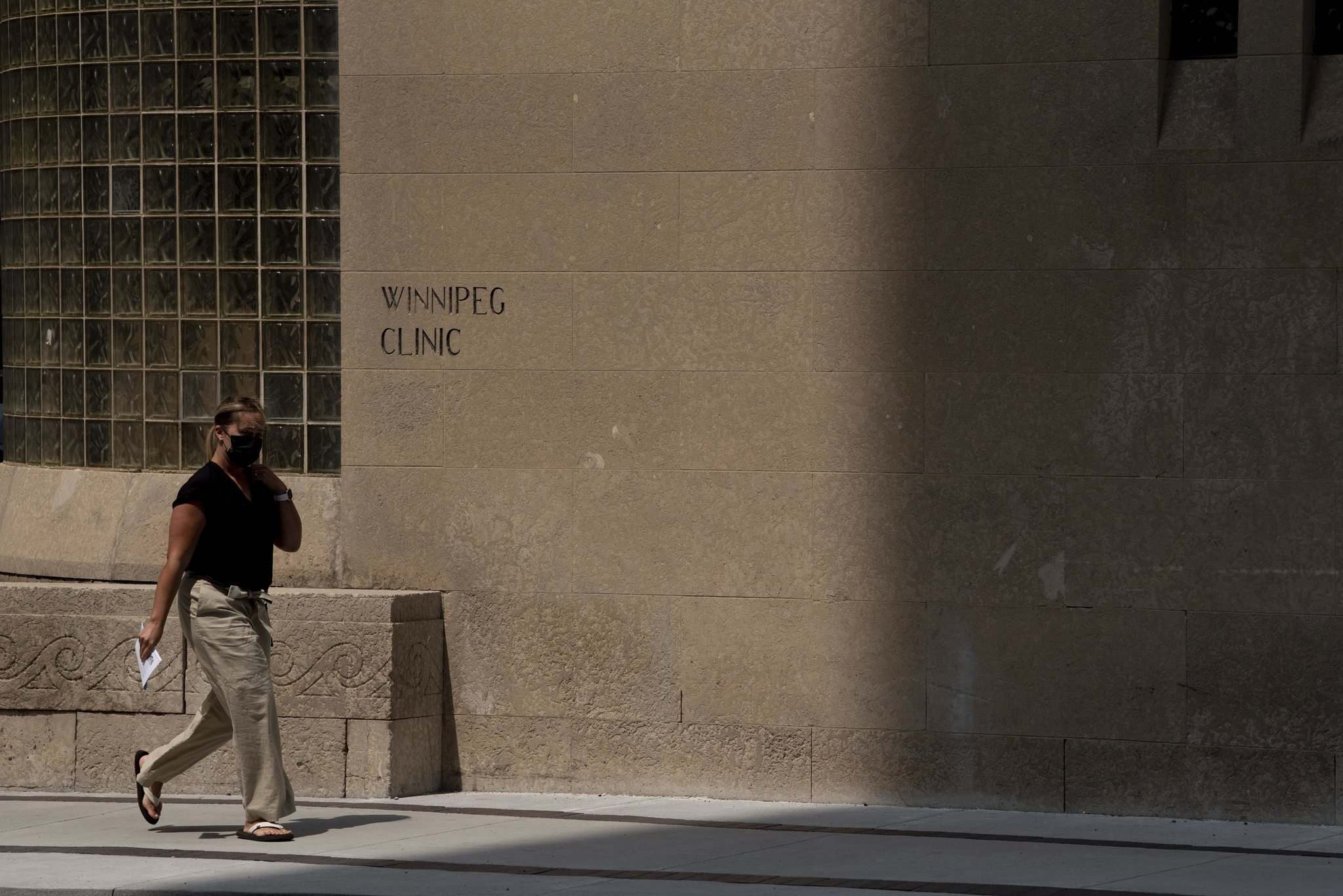 “As I sit in the Winnipeg Clinic waiting rooms, I notice the mismatched furniture and the patched floors,” she says. “But it’s still my favourite medical building to wait in because of the incredible 180-degree views that those curved rooms provide.”

The clinic was founded in 1938 by Dr. Paul H.T. Thorlakson, who wanted to develop a modern and innovative model for medical care and research. Winnipeg building firm Frank R. Lount and Son — a family company also behind some terrifically cool and exuberant modernism in the Silver Heights neighbourhood — built the original two-storey limestone structure, which was designed by William D. Lount and influenced by an early modernist movement called Arte Moderne.

Some aspects of this style came out of a functional interest in streamlining – the realization that rounded forms and smooth surfaces were more aerodynamic, which influenced the design of planes, trains and automobiles. The streamlined esthetic was later applied to things like toasters and radios (which obviously don’t need to be aerodynamic) just because designers adored the modern associations with speed, dynamism and machine-age newness. Arte Moderne buildings often have a horizontal emphasis, with curving corners and walls of stacked glass bricks.

According to the Winnipeg Architecture Foundation website, the initial structure was finished by 1942, despite wartime shortages. When the clinic looked to expand in the postwar period, a vertical tower was added, first with five storeys, finished in 1946, and then seven more storeys, including a penthouse, designed by Winnipeg architects Waisman and Ross and completed by 1961. (If you look closely, you can see the line between the two additions demarcated by a slight difference in the colour of the limestone.)

The original two-storey building has loads of low-key appeal, but it’s the vertical tower that really grabs people, especially those daring, curving sunbreak canopies. “The fact that the south- and west-facing canopies are functional by controlling the sun during the hottest parts of the day almost seems beside the point,” Wagner suggests.

The jutting canopies do help keep the windows’ views open while protecting the interior rooms from overheating, but it’s their distinctive look that people really love, and the sense of visual energy and verve they give to the building’s exterior.

Confident, optimistic, dynamic, the curves of the Winnipeg Clinic seem to be perpetually reaching toward a better tomorrow. And even if that sleek, streamlined future envisioned back in the 1940s never arrived, the city we live in now is better for having buildings like this.