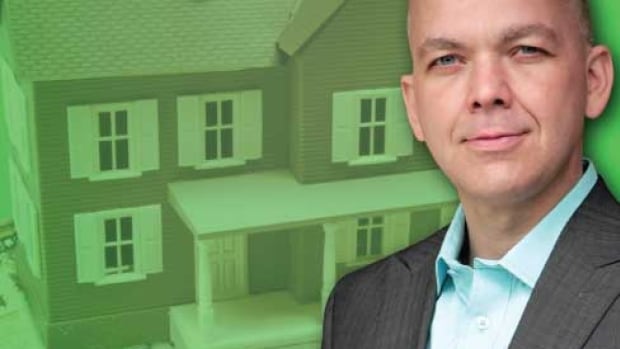 A Winnipeg real estate broker is facing charges of using a false identity, three months after the CBC News I-Team reported that David Douglas was using a phoney name in a real estate transaction.​

The Manitoba Securities Commission (MSC) says Douglas used a false identity when trying to buy a Winnipeg house in April.

Douglas was already facing allegations of fraud by the commission since his registration as a broker was suspended on March 19.

In its initial statement of allegations, the MSC says Douglas misrepresented or omitted information in mortgage and real estate transactions and, at times, engaged in fraudulent acts to “obtain money by wrongful or dishonest dealing.”

In the amended statement of allegations, filed on Aug. 27, the MSC said Douglas committed fraud under the Real Estate Brokers Act by “using a false identity in connection with a transaction in real estate.”

Chantalle and Nathan Blais told the CBC News I-Team in June that they were privately selling their Winnipeg house in April when they came across a man who called himself “Steve” and claimed to be house-shopping for his aunt. (CBC)It also alleges that Douglas was engaging in a real estate transaction without being registered, since he is currently under suspension.

The allegations, which arise from a case that the I-Team reported on in June, have not been proven. Douglas is scheduled to appear before the securities commission for a hearing that begins Nov. 10.

Nathan Blais and his sister, Chantalle Blais, said they were selling their house in Westwood in April when they were contacted by a man calling himself “Steve” who wrote an offer to purchase the home.

The Blaises said they subsequently saw an I-Team story about Douglas and believed “Steve” was the same person.

“As soon as I saw his face I knew it was him,” Nathan Blais said in an interview that aired June 19.

The Blaises did not go ahead with the offer to purchase that was presented by “Steve,” on the advice of their lawyer.

Contacted on Thursday, both Chantalle and Nathan Blais said they are glad their case has led to additional allegations against Douglas by the securities commission.

“People need to be aware of what he’s doing and how he’s trying to play the system, and he was representing himself falsely under a false name and that’s not right. It’s dishonest,” Chantalle Blais said.

The Nov. 10 hearing is to determine whether Douglas’ registration as a real estate broker — already suspended — should ultimately be cancelled.

If you have information for the CBC News I-Team on this or any other story, please contact us at 204-788-3744 or [email protected]